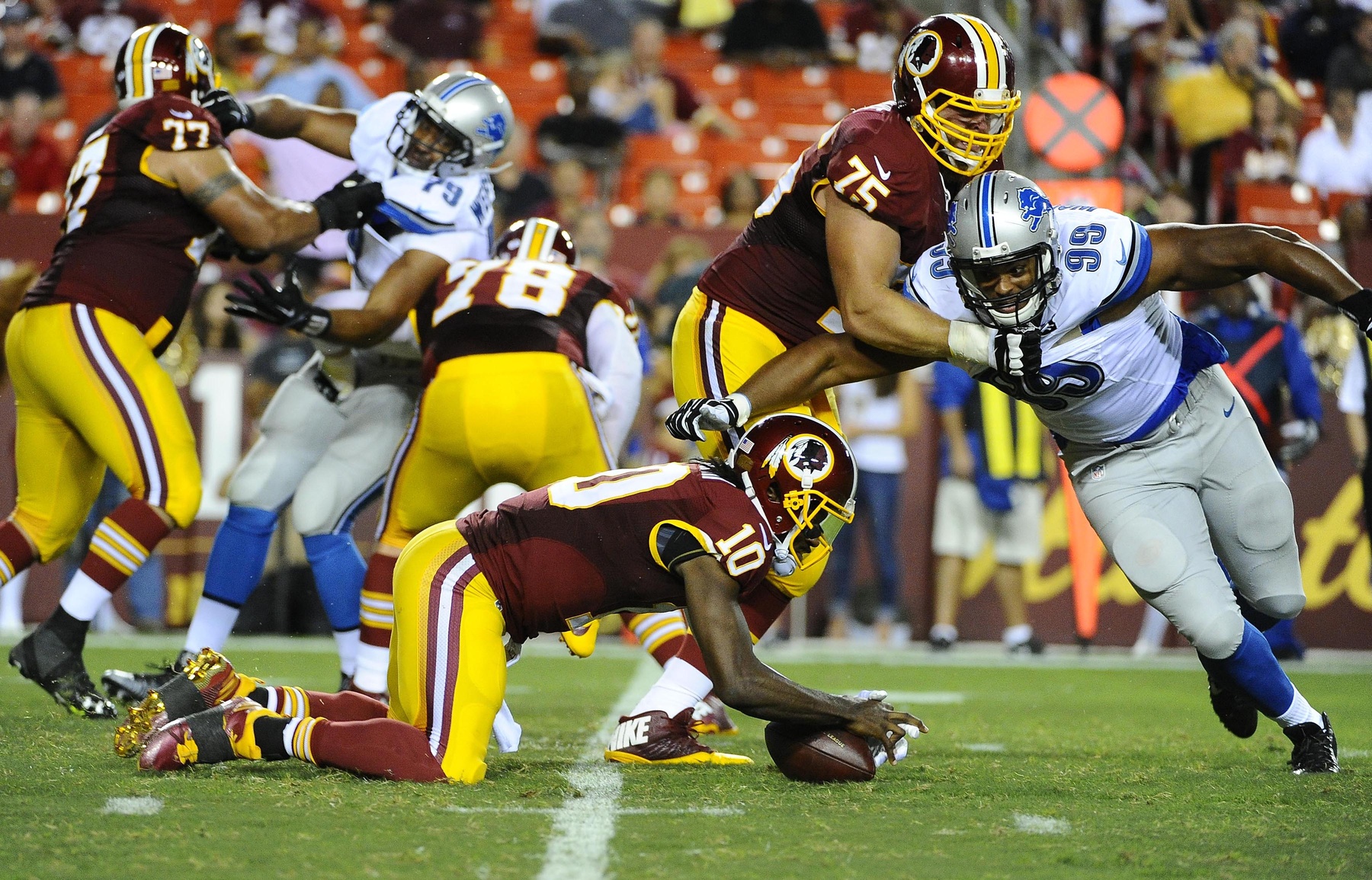 In week 2 of the pre-season, we have already seen the Washington Redskins offensive line breakdown on wet footing. The Redskins failure to hold the line line in the 2nd quarter led franchise quarterback Robert Griffin III to run the ball out of the pocket and the wet conditions led to a fumble. When Griffin tried to pounce on the fumble, he was hit by Lions defensive lineman, Corey Wooten, who landed on RGB IIIâ€™s head resulting concussion. Griffin will be evaluated by an independent neurologist before retuning to play. However, heâ€™ll return to face the Baltimore Ravens next week, not what you want for a QB coming off of even a slight concussion.

Similar wet conditions plus some wind will test Minnesota Vikings Quarterback Taylor Heinicke against the Oakland Raiders this weekend. Look for the undrafted rookie to keep throwing the ball as he sets his sights on the top spot on the Vikings depth chart.

Similar drizzle, although less wind, will be in the stadium for Nick Foles debut second game as a St. Louis Ram, playing against the Tennessee Titans. Look for Foles to see more time as Rams Coach Jeff Fisher uses the weather to pull his front line together and build some confidence in the new quarterback and starting unit.

On the other side of the field, Heismann Trophy Winner Marcus Mariota will make his Nashville debut. Mariotta just needs to protect the football after two turnovers in his first pre-season game. Holding onto the ball in wet weather, something that the former Oregon Duck is accustomed to, will do a lot for the rookie QB. The pigskin can feel a lot heavier in an NFL uniform. Get live forecasts for every NFL Game every hour at NFLWeather.com.