Cowboys vs Dolphins: 81% Chance of rain on Tony Romo 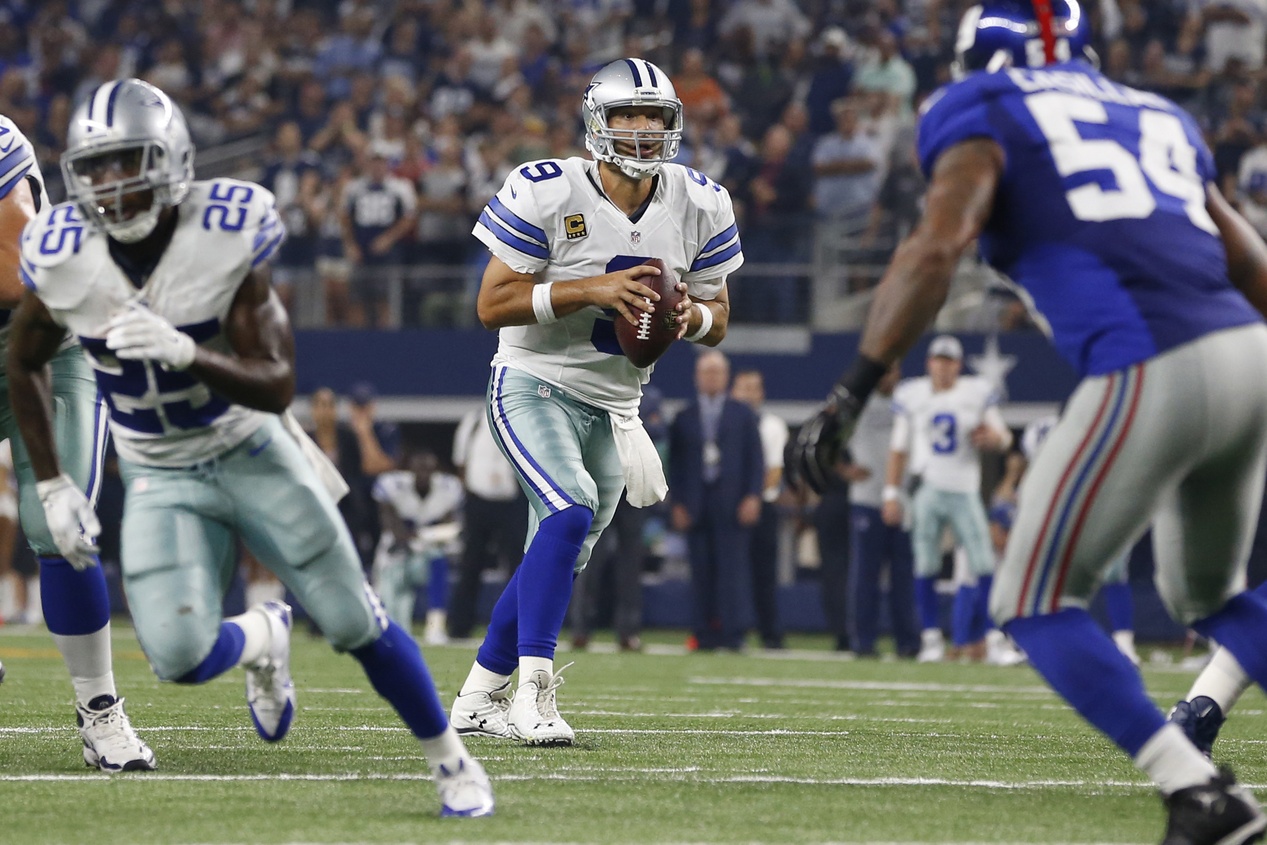 The excitement behind Tony Romo’s triumphant return to the Dallas offense could potentially be drowned out by south Florida rains when the Miami Dolphins host the slumping Cowboys.

According to NFLWeather.com, light rains are expected to hit Sun Life Stadium just in time for the Sunday afternoon bout. Temperatures will linger in the mid to low-80s with minimal wind but unpredictable Florida weather patterns could turn Miami’s grass surface into a mid-November mud bowl.

Over the last few seasons, the ‘Phins have had limited luck in the rain, especially at home. Miami pulled out a shocking 34-28 win in the snow during the 2013 season at Pittsburgh but since 2012, according to NFLWeather.com Historical Analytics, they post a 0-3 record including a pair of home losses. The most recent defeat was back in 2013 when Cam Newton and the Carolina Panthers squeaked out a 20-16 win in the rain.

Despite not playing in a weather-impacted game just yet this season, the ‘Phins (4-5) have prepped for a pair of rain games until the sun broke through on both occasions. Miami was expecting a rain storm for their home opener against Buffalo and again prior to their trip to Philadelphia.

On the other hand, Dallas (2-7) has not played in a legitimate rain game since the 2011 season. During the 33-27 home loss to Philadelphia a few weeks back, minimal rain found the turf inside AT&T Stadium since the retractable roof was left open. When the Cowboys traveled to London to take on Jacksonville last year, a brief drizzle lingered above Wembley.

Aside from those two minor incidents, the last meaningful rain game the Cowboys were involved in was a 31-14 playoff loss to the New York Giants at the tail-end of the 2012 season. During the defeat, Dallas dug themselves into a hole early that they couldn’t get out of and were forced to abandon the run for the aerial assault. Romo finished the day completing 29 of 37 attempts for 289 yards, two scores and an interception. But the ground game was nonexistent with Dallas’s running backs only accounting for 14 touches for 46 yards.

Regardless of how the Cowboys’ coaches approach attacking Miami, with Darren McFadden listed as questionable and Romo returning from a seven game absence, the Dallas offense could be in serious trouble. Look for Rod Smith and Robert Turbin to see a number of carries if Run DMC is unable to go.

A stagnant Dallas offense, mixed with showers, could give Miami a major boost in their quest to get back to .500. Lamar Miller has been a dark horse all season and if the game plan calls to alleviate the pressure off Ran Tannehill’s shoulders, Miller could have a field day against a sorry Dallas D. During the Cowboys’ last four weather related games, the defense has surrendered 23.5 points per game.

Even though it might not be the most glamourous matchup of the weekend, it certainly is a pivotal one. Dallas has every intention of continuing to linger around in the pathetic NFC East title hunt while the Dolphins could claw their way into a wildcard spot. Ugly weather might be what it takes to finally bring out the better side of these two struggling teams.