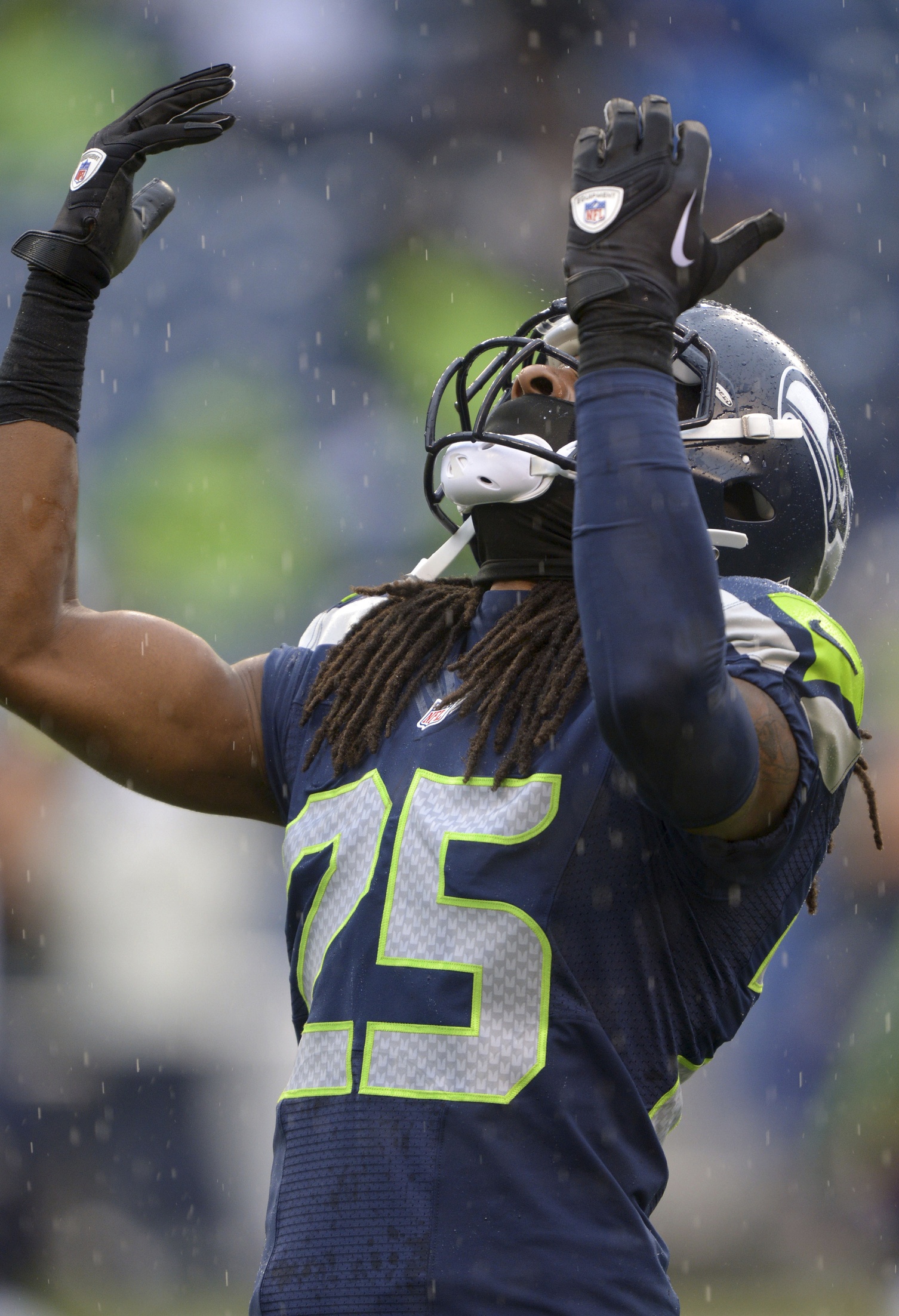 The Rain City won’t exactly have monsoon-like conditions on Sunday when the surging Seattle Seahawks host the Cleveland Browns but wind and rain will certainly be in full force in the Pacific Northwest all weekend.

According to NFLWeather.com, the field turf inside CenturyLink Field will be slick with rain forecasted to hit the area hard Sunday and the days leading up to the non-conference matchup. Temperatures will be in the mid to low-40s with southwest wind gusts in the 8-10 mph range. See NFLWeather.com for further details.

Last year during the pregame warmups of the NFC Championship game, a torrential downpour engulfed Seattle’s stadium but simmered down as game time approached. Sunday’s conditions won’t be quite as harsh, but, the elements will certainly play a predominant role in the outcome of this mid-December matchup as the ‘Hawks enter the game with a flawless 8-0 record in weather-related games since 2012.

Legion of Boom aside, the biggest difference maker in Seattle’s rain game unbeaten run has been their dominant control of the ground game. The Seahawks greatest weather game weapon, Marshawn Lynch, may or may not play again this season which is extremely unfortunate because Lynch has 15 touchdowns and averages over 110 yards a game.

But even when Beast Mode is sidelined, the Seattle (8-5) rushing attack still thrives. Over the last three seasons in poor weather conditions, the ‘Hawks offense averages just under 200 rushing yards a game. But without the RB tandem of Lynch and Thomas Rawls (also on IR), former Buffalo Bills RBs Bryce Brown will get the start with Fred Jackson slated to be the third down back. Both backs are very familiar with awful playing conditions, having braved the Buffalo winters over the last few seasons.

Russell Wilson has also been a dangerous duel threat outside of the tackle box and already has one 100-yard rushing rain game performance under his belt. As for the passing attack, Wilson averages 22 drop backs in his eight career weather impacted outings but has 11 turnovers as well. He does a phenomenal job of utilizing all his offensive weapons, in turn, over eight games the ‘Hawks have only had two 100-yard receivers.

Cleveland (3-10) in the rain, however, is predictable and unimpressive with a 2-3 rain game record since 2012. Offensively, the team has put up 30+ points in two of its last three weather impacted matchups but over a five-game span the Browns average roughly 18 points per game.

According to NFLWeather.com Historical Analytics, only once in five rain games have the Browns had a running back surpass 100 yards which spells trouble for an offense led by the shaky rookie, Johnny Manziel. The Browns can’t honestly believe that Manziel will beat the ‘Hawks in front of the 12th Man so the pressure is really on the offensive line and the one-two Cleveland punch featuring Isaiah Crowell and Duke Johnson Jr. to control the clock. Most importantly, keeping the high-octane Seattle offense at bay that averages 34 points per rain game. Will be key for the Browns. Of course if they lose, the consolation prize is taking the lead for the 2016 first draft pick.

With a bruising ground game and a solid defensive unit that seems to be getting better by the week, the only foreseeable way the ‘Hawks don’t soar past the Browns is a Manziel miracle in a monsoon. Unfortunately for the Cleveland faithful, that’s about as unlikely as the Browns not selecting a bust in the first round of the NFL draft.