Will The Atlanta Falcons Remember The Titans? 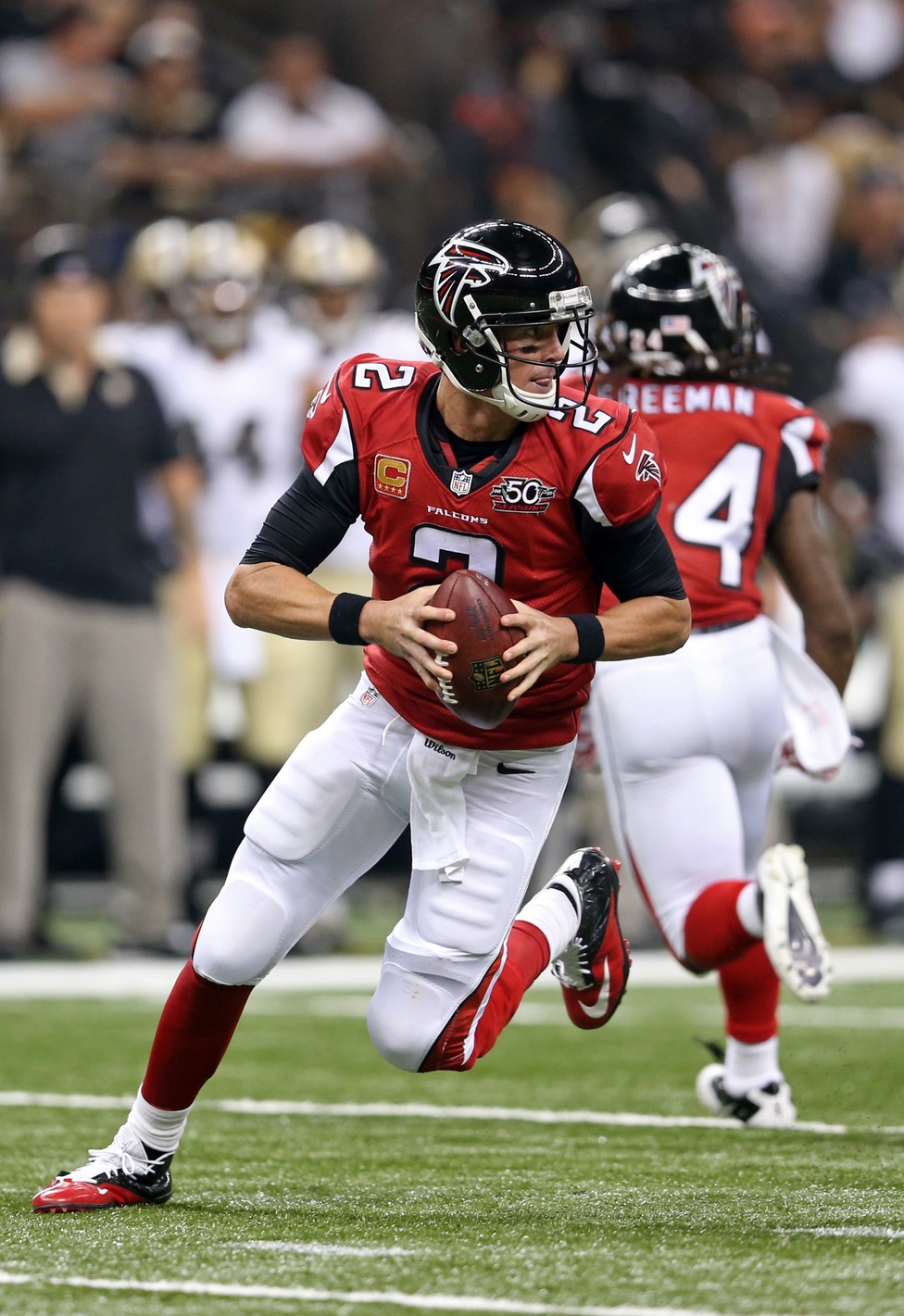 Well, that depends on the rookie and the weather, Rebounding in the rain following last weekend’s loss will be the focus for the Atlanta Falcons on Sunday in Nashville against the Tennessee Titans. The Titans will be without their prized Heisman Trophy winner Marcus Mariota.

According to NFLWeather.com, temperatures will linger in the mid-70s but a light rain could be a factor throughout the game, likely to make things very interesting given that neither side has played in a weather-impacted outing since 2013. A damp Bermuda grass surface inside Nissan Stadium might slow down the high-octane aerial attack of Atlanta.

Over the last three years, Atlanta is 1-1 in the rain on the road and back in 2012, the Falcons picked up a rain game road victory against the Philadelphia Eagles, 30-17. Atlanta pounded the run and refused to let up. Collectively, the team rushed for 146 yards on 37 carries. Ryan ended up only dropping back 29 times and avoided turning the ball over.

Against a stout Tennessee defense, one that allows the least amount of passing yards in the NFL (184 ypg), Atlanta can’t afford to rely on Ryan’s arm and will need Devonta Freeman to continue his remarkable start to the season. Tevin Coleman will likely be sprinkled in occasionally.

According to NFLWeather.com Historical Analytics, since 2012 the Titans are 1-1 in the rain at home with both games coming in back-to-back weeks in 2013.

A week four showdown with the New York Jets featured Jack Locker and Ryan Fitzpatrick completing 21-of-32 attempts for four scores and zero INTs en route to a 38-13 win. Despite both QB’s torching the Jets defense, it was the Titans defense that really stepped up with four turnovers and five sacks.

The following week, Fitzpatrick struggled against Kansas City, turning the ball over twice. The Titans defense failed to contain Alex Smith and Jamaal Charles as the Chiefs cruised to a 26-17 road victory in the rain.

Tennessee (1-4) will have Zach Mettenberger under center with Mariota sidelined with a sprained knee. Mettenberger has never played in a regular season NFL game in the rain but he shined during a preseason downpour against Green Bay last year, orchestrating a fourth quarter comeback.