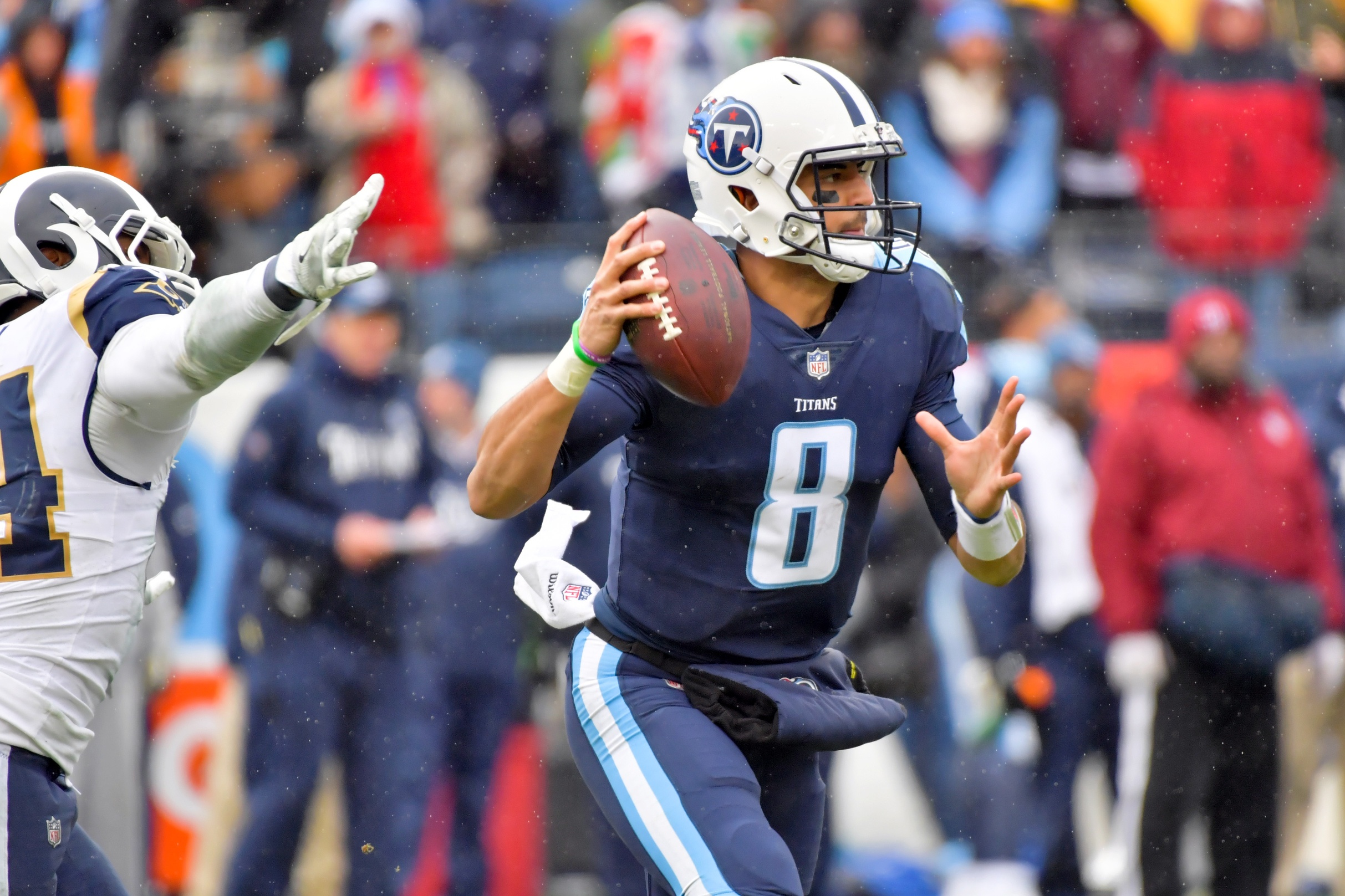 According to NFLWeather.com, clear skies are expected in Nashville on Sunday for the 4:25pm EST kickoff but a piercing wind will be the real challenge for both divisional rivals. Temperatures will be in the mid-20’s but will feel more like single digits since the breeze will likely be a constant 10-12 mph frigid swirl. There’s currently less than a 5% chance of precipitation but given the recent blizzards that have hit the Great Lakes, who knows if we’ll see a dusting of snow on the Bermuda grass inside Nissan Stadium.

A win for Tennessee (8-7) clinches the sixth seed in the AFC that will likely mean a trip to Jacksonville (10-5) next weekend in the wildcard round. A loss won’t necessarily eliminate the Titans, but the team would need losses from both Buffalo and the Los Angeles Chargers in order to sneak in. So it’s pretty simple for the Titans, a win and they’re in, but they’ll need to conquer both the Jags and the frosty winter conditions to do so.

According to NFLWeather.com Historical Analytics, the Titans are 1-4 since 2010 in games featuring below-freezing temperatures while Jacksonville is 0-1 over the same span. The frozen win came last season when Marcus Mariota valiantly brought the Titans back from 10 points down in the fourth quarter to stun the Chiefs in Kansas City, 19-17. If Mariota can do it in KC in mid-December, the former Heisman winner can do it again at home this week. He’ll just need help from his bruising backs DeMarco Murray and Derrick Henry to wear down the league’s third best defensive unit.

If you look at the Titans’ performances over the past few weeks, the team is ice cold. Tennessee has dropped three straight, all of which by five points or less. But there’s hope, given TEN has already played and pummeled JAX once this season, a 37-16 thrashing in Florida. In that win, the Titans were able to shut down the strength of the Jacksonville offense, the punishing ground game which has steamrolled through top defenses all season and averages over 145 rushing yards per game. But after last week’s defensive performance against the LA Rams rushing attack, the Tennessee D needs to step up big time or enjoy watching the playoffs from the couch.

USA Today’s Steve Gardner had nothing but praise for the running back that absolutely torched the Titans last week and likely elevated fantasy owners to a league title, Todd Gurley. Gardner pointed out in his most recent article that “Gurley carried the ball 22 times for 118 yards and added 10 catches for 158 yards and two touchdowns. That translated to 39.6 fantasy points in standard scoring leagues, and 49.6 in PPR leagues,” Gardner wrote. If Jacksonville’s Leonard Fournette can accumulate half of what Gurley did, then the rookie RB might drive the final stake through the heart of the Titans’ playoff hopes.

The Jaguars’ punishing ground game has been the strength of the JAX offense all season, but don’t sleep on the passing attack. Quarterback Blake Bortles has shockingly been remarkable the last few weeks, pointing up at least 23 points or more in Daily Fantasy in four of his last five games. Given, Bortles hasn’t played many games in winter conditions so it’s difficult to predict how he’ll handle the elements, but with the ground game that Jacksonville has, there’s no reason why the team needs to relay on the former first-rounders’ cannon. It’ll be the Fournette show for sure.

Tennessee fans can hope and pray that their team will heat up on Sunday given a postseason berth is on the line, but the freezing temperatures on the other hand, well, there’s little to no chance of that heating up.