PIT vs PATS: Will Rain Dampen The Air Show in New England?

With 2015 NFL season kicking off, rain is expected to threaten an early showdown between the Pittsburgh Steelers and Super Bowl Champion New England Patriots, Thursday night at Gillette Stadium in Foxborough, Massachusetts. According to NFLWeather.com, a late summer drizzle should be rolling through the Foxborough area come kickoff.

Over the last three seasons, both teams have been dominant in weather impacted games. According to the NFLWeather.com historical analytics, New England hasn’t lost a rain game for almost three years with an impressive 5-1 record while averaging over 33 points per game. However, the Steelers have been even more commanding, posting an 8-1 record, but, averaging a full touchdown less per game with 26.5

Poor weather will lead to a last-minute game plan adjustment from two teams already without their starting running backs. Le’Veon Bell, serving a two game suspension, won’t suit up for the Steelers until week three while LeGarrette Blount will return next Sunday after serving his single game suspension.

However, neither team lets Mother Nature dictate the offensive play calling. We now know that the Pittsburgh offensive is extremely pass-heavy and in a rain or snow game, that’s no different. Over the last three seasons in nine weather-impacted games, Ben Roethlisberger has dropped back less than 30 times only twice and in one of those games he left with a shoulder injury. Excluding his early exit against Kansas City in 2012, Big Ben averages over 35 passing attempts and just under 250 yards per game. Not to mention, he’s only tossed three picks compared to his 19 touchdowns. It’s good to be “Big” when the ball is hard to grip.

The Patriots offense is arguably the most unpredictable in the league, a fantasy wild card, but it’s clear that Tom Brady throws far fewer passes in the rain compared to Big Ben Roethlisberger. The New England Patriots offense prescribes a heavier dose of ground game. The Patriots will likely use a committee of RBs featuring Brandon Bolden, Travaris Cadet and James White. Former Carolina Panther DeAngelo Williams is expected to get the bulk of the carries for Pittsburgh.

The Steelers have tallied over 30 carries in a weather impacted game only twice since 2012. The Pats hand the ball off on average 33.5 times per game. In the last three games with poor conditions dating back to December 2013, New England running backs have torched opposing defenses for 643 yards (214.3 ypg), and 10 TD’s. 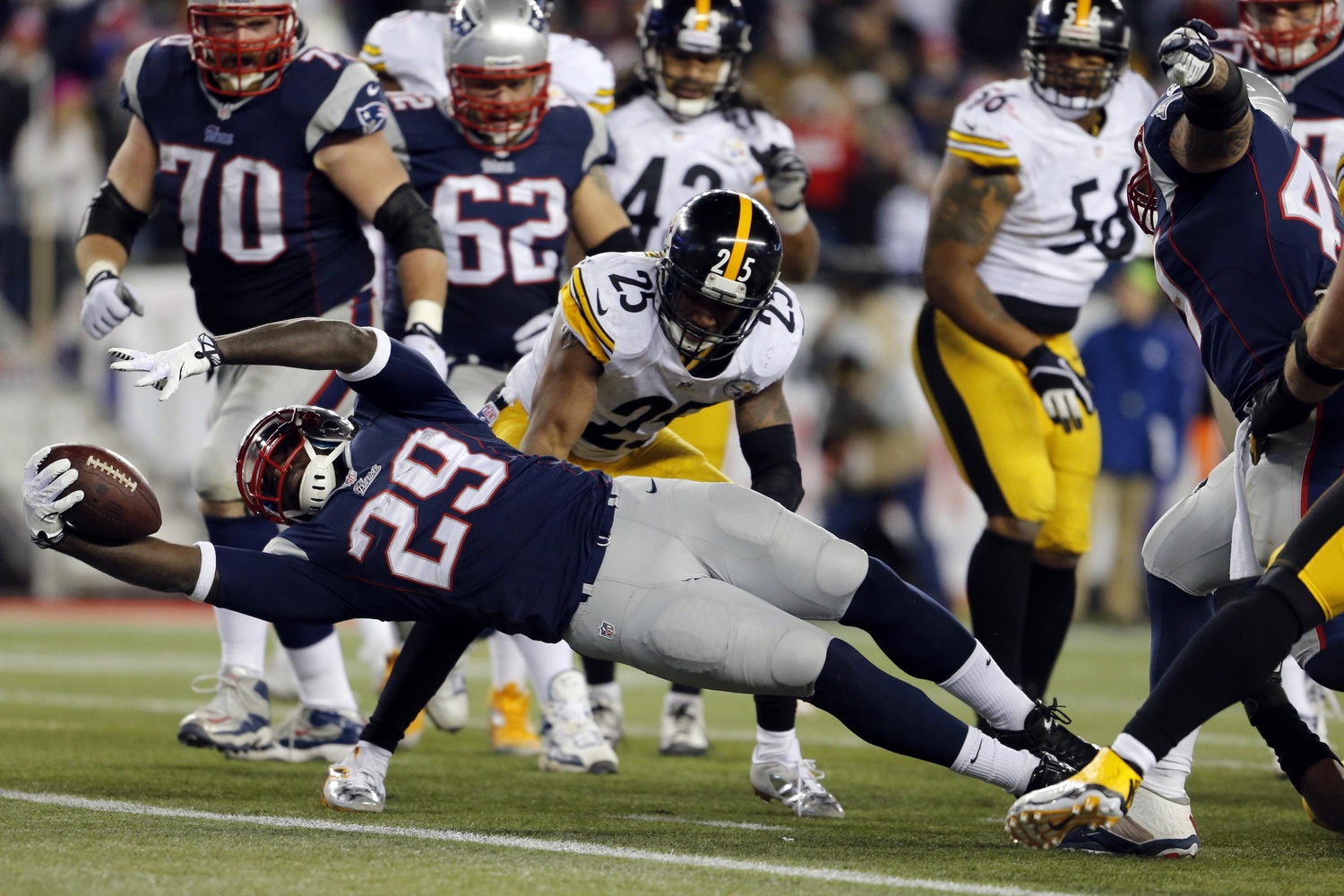 But, New England’s aerial assault has done its fair share of damage as well. While Tom Brady doesn’t light up the scoreboard in the rain quite like Ben Roethlisberger, Tom Terrific protects the football. Brady tossed eight touchdowns, and like Roethlisberger, only committed three turnovers. Brady averages just under 230 yards from 34.5 passing attempts per game.

Surprisingly, in rain or snow Rob Gronkowski has seen the most targets only once during a 45-7 thrashing of St. Louis at a damp Wembley Stadium in October of 2012. According to USA Today Sports, with Julian Edelman uncertain for week one and Brandon LaFell out, Gronk should be Brady’s go-to target on Thursday Night.

If it comes down to field goals, both Pittsburgh’s Josh Scobee (3/3) and New England’s Stephen Gostkowski (3/3) have been flawless in the rain over the previous three seasons.

We’ve been hearing about DeflateGate for months now. It’s finally time to sit back and get ready for some grind-it-out football.