There’s a reason why half of the NFC North plays home games indoors and this Sunday both venues lacking a roof will also be lacking a dry pigskin for most of the day. According to NFLWeather.com, overcast skies are expected all weekend in Chicago with rain on Sunday morning. Luckily the Windy City won’t be too windy, maxing out around 10mph with temperatures lingering in the low-60s. The grey skies will stretch all the way to Green Bay where an overcast forecast will likely feature some scattered showers over the course of the weekend. Like Chicago, high winds and lower than usual temperatures won’t be a factor, just an incredibly slick grass surface. 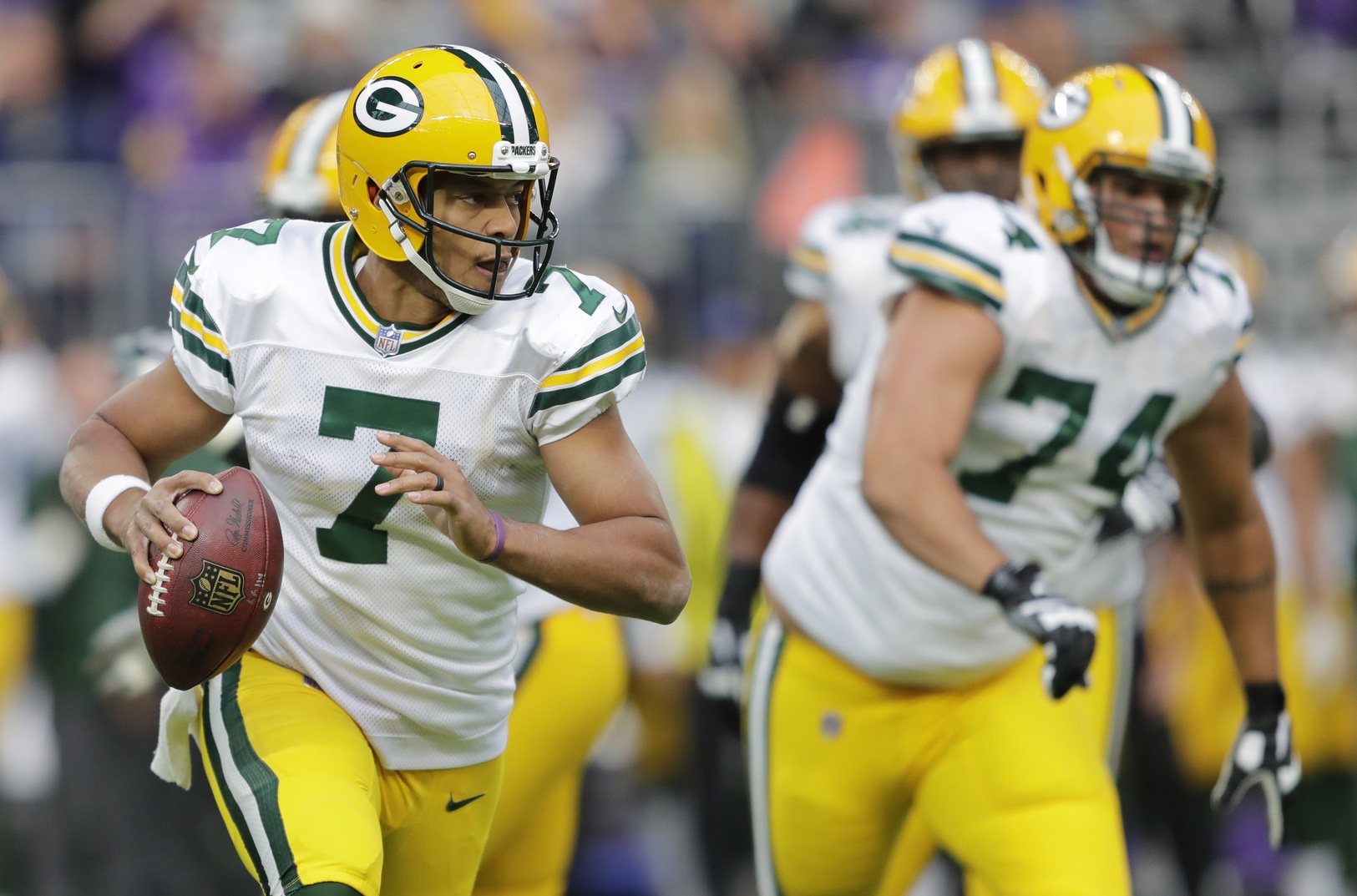 Even though the Bears (2-4) haven’t exactly been an intimidating opposition the last few seasons, the team does have the ability to grind out gritty victories in the rain. According to NFLWeather.com analytics, Chicago is 4-1 in the rain since 2013 and 3-0 at Soldier Field. What’s most impressive about that record is the team did it with three different quarterbacks. If Matt Barkley can get it done, there’s no reason why rookie gunslinger Mitchell Trubisky can’t have similar success.

Traveling to Chicago are the NFC South Division-leading Carolina Panthers (4-2) who, since 2010, are 4-4 in rain games. Luckily for Carolina, the team has an ideal multi-tool QB who can handle the elements and scramble if need be. In six career rain games, Cam Newton averaged nine carries per outing and only once did he have less than 33 passing attempts. Newton’s ability to run in the rain and still manage to rack up over 30 passing attempts makes him an extremely potent fantasy option for week seven.

A little over 200 miles north from muddy Soldier Field is Lambeau where the Packers (4-2) will play host to showers and the Saints. Weather is typically a factor in Green Bay (having experienced a lightning delay already this season) but seeing someone under center other than Aaron Rodgers is a bona fide rarity. Former UCLA QB Brett Hundley will get the start but just because he’s from sunny SoCal doesn’t mean he can’t handle the rain. Back in his college days, Hundley starred against hated rivals USC in a downpour and pulled out a 38-28 victory.

USA Today’s Steve Gardner believes that Hundley is definitely worth considering, given he has “plenty of weapons at his disposal and the 26th ranked New Orleans Saints defense up next,” Gardner wrote in his most recent article. Hundley won’t be able to make the precise passes Rodgers can but at least the Packers offense is so pass-heavy, and given the injuries in the backfield, that Hundley will need to be expected to make a few plays. The training wheels will be off on Sunday.

His starting debut will come against a New Orleans Saints (3-2) side that has only played in two rain games since 2013. Despite losing both games (and having to wear gloves), Drew Brees still managed to average decent fantasy numbers (27-for-44, 295 ypg, TD per game). If the weather worsens though, the team may have to lean more heavily on bruising running back Mark Ingram to carry the load.

Both Chicago and Green Bay are tough enough cities to snag a road win in, let alone with crummy playing conditions being a glaring factor. The Bears and Packers are built for conditions like this, but don’t count out Cam and former Super Bowl MVP Drew Brees. A little rain likely won’t bother these proven winners.