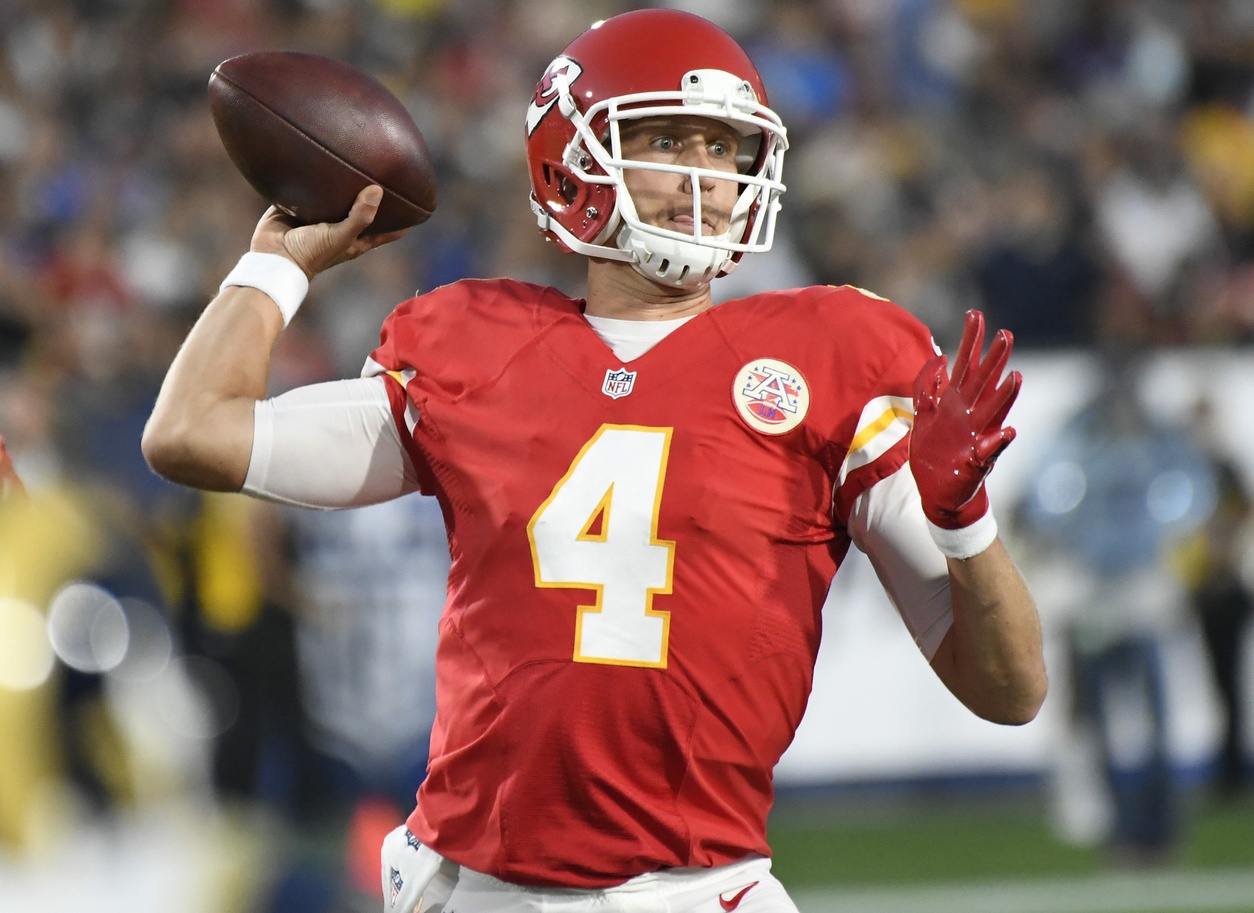 Foles is a high risk option if you have a QB on bye this week, but he’s not afraid to throw it deep and KC is still favored by 9. I like him here.

What a story Prescott has been all season, marching Dallas to an impressive 6-1 record. Against Cleveland’s atrocious D with zero weather concerns, Prescott will give us at least one more solid performance before the return of Tony Romo. Side note, might be a tame atmosphere if Cleveland fans still haven’t gotten over the heartbreak from Wednesday’s Game Seven.

Carr was unstoppable last week against Tampa Bay, torching the Bucs for four TD’s and over 500 passing yards. But this week against Denver’s top shelf D and with rain a possibility in the East Bay, don’t expect to see last week’s numbers in this heavyweight bout between bitter division rivals.

Ok, hear me out… Yes, he is at home against the Saints, but keep this in mind... The Saints are more prone to allowing rushing TD’s in the red zone as opposed to giving it up thru the air. Temper expectations here.

Four TD’s in the last two games?! Ya, that’s right! Protecting Cam is clearly what’s happening here. Carolina will be moving the ball Sunday and I like Stewart’s high floor.

With DeMarco Murray nursing a hamstring injury, Henry could see a massive increase in his workload. If by some chance Murray doesn’t suit up, this week at sunny San Diego could be the former Heisman Trophy winner’s breakout game.

I believe Carolina will use all of its resources to shut down Gurley. They will force Case Keenum to beat them.

On the road against a Green Bay D that on average allows less than 75 rushing yards per game, Gore will be touchdown dependent for week nine. He’ll still see over 15 touches but don’t expect a 90+ yard afternoon from the veteran back despite the favorable weather conditions.

If you haven’t figured it out by now, Pryor is a must start when he’s healthy. He’s hogging all the targets, he’s getting the occasional carry and he’s even lining up under center. He’s the lone weapon in Cleveland’s offense and everything is being routed through him. Nothing will change on Sunday with clear skies expected in Cleveland.

TY is a little banged up and this game is going to be a shootout. There are plenty of opportunities here to score and seeing double digit targets is a great possibility.

Robinson has not returned to last year’s form and now heads into Arrowhead on Sunday. KC’s defense will stifle Bortles and I see this one being a long day for Jacksonville.

At home against a Buffalo secondary that allows over 240 passing yards per game, Baldwin isn’t a terrible play but he’s not going to be the difference-maker in your fantasy lineup. There’s plenty of wideouts with high-ceilings this week and Baldwin just isn’t one of them with rain a possibility in Seattle Monday night.

After two down games, I like Henry here at home against Tennessee with zero weather concerns. I believe this game will be a high scoring affair and if Henry gets his expected targets, he will do very well for you this week.

As defenses hone in on doubling up on Pryor, Barnidge can really thrive in the redzone with the secondary’s focus mostly on the Cleveland playmaker. A healthy Pryor only means attention is off Barnidge and the likelihood for more targets only increases.

Back to praising the KC defense here where the Chiefs are one of the best against the tight end. Look elsewhere.

Aside from only a pair of solid performances this season, the new Saints TE has been more of a disappointment than anything else. New Orleans shouldn’t have any issues moving the ball against SF but averaging only four targets a game over the last four games, Fleener just isn’t as integral a part of the NO offense as we all had hoped for.