Despite massive week one road wins for Kansas City and Philadelphia, it may literarily and metaphorically rain on someone’s unbeaten parade this weekend when both the Eagles and mid-western storms visit Kansas City on Sunday.

According to NFLWeather.com, rain is expected both in the morning and early evening so intermittent showers during the game are very much a possibility. The Saturday forecast in Kansas City calls for a 20% chance of precipitation so the grass surface inside Arrowhead Stadium could end up getting pretty sloppy come the fourth quarter of Sunday’s 1pm EST kickoff. So even if the forecast remains partly cloudy at game time, the slick surface could cause a couple of turnovers. 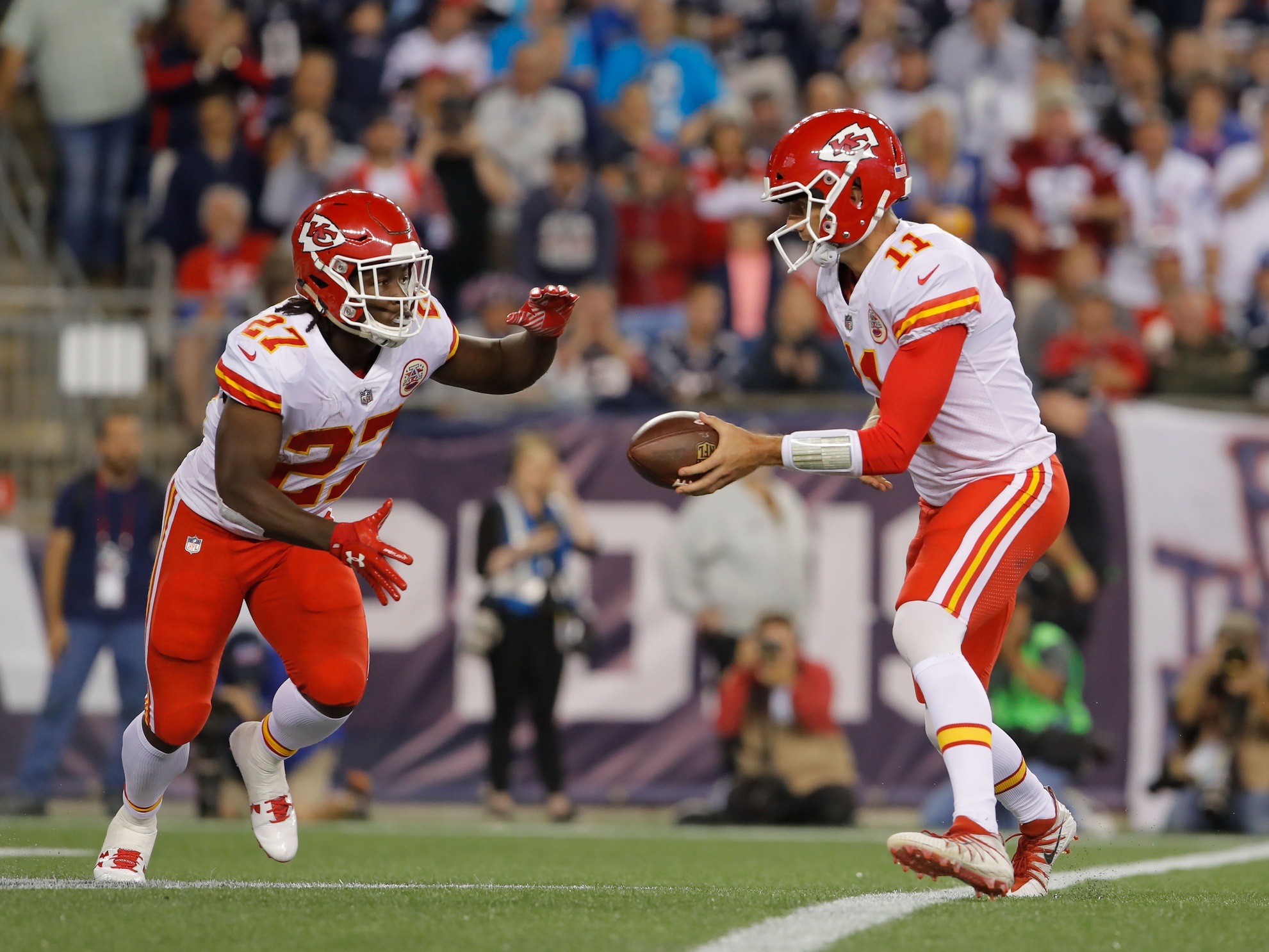 Wind isn’t expected to be much of a factor, maxing out around 5-7 mph, and humidity won’t be too overwhelming with temperatures likely to be in the mid-70s for most of the game.

Unfortunately for Philadelphia (1-0), the Eagles don’t seem to play their best football when weather is a factor. According to the NFLWeather.com Historical Analytics, Philly is only 2-5 in rain games since 2009 and 1-2 on the road during that span.

The most recent rain game being a December 2016 loss in Baltimore, 27-26, where Carson Wentz fumbled twice and threw an interception. Even though the team rushed 38 times for 169 yards, forcing Wentz to drop back 42 times (only completed 22 attempts) was not the winning formula then and it certainly won’t be today. The offensive workhorse needs to be bruising back LeGarrette Blount if Philly can escape week two with a second consecutive win away from home.

On the other hand, Kansas City (1-0) has been superb in weather impacted games, especially at home. Since 2010, the Chiefs are 8-4 in rain games and 3-0 at Arrowhead. Much of that can be attributed to the team’s sensational defense, surrendering 22 points or more only three times over that 12 game span and allowing on average only 17.3 points per game.

Aside from the Chiefs’ stout defense, one surprising constant in KC has been veteran quarterback Alex Smith. Last season in weather-related games, Smith averaged over 34 drop backs per game, had an impressive 65% completion percentage and managed to post a touchdown-to-interception ratio of 1:1. He’ll be on the lookout for his top target Tyreek Hill and red zone threat Travis Kelce.

But just like Philly’s chances for offensive success, the ground game will ultimately have to reign supreme in a game where avoiding turnovers and winning the time of possession battle are absolutely crucial. Kareem Hunt will be the top dog in a backfield that is 4-0 in the rain since 2015 when the RB corps sees 20+ touches.

In two extremely competitive divisions where every win matters, grinding out an early season in the rain could be the difference maker in playing in a January wildcard game and cleaning out the locker. Every turnover, every first down, every muddy yard will matter on Sunday. Smash mouth football will be at its finest in Missouri this weekend, and it’s only week two!