As the NFL prepares for the first of four regular season games in London, the only thing more welcoming than the English hospitality is the impending rain for Sunday’s kickoff inside Wembley Stadium.

According to NFLWeather.com, drizzle is expected on Sunday afternoon in London with temperatures lingering in the high-50s. Wind won’t be a factor inside the English National Soccer Team’s home venue but the slick grass surface, a Desso GrassMaster intended primarily for soccer matches, might cause some serious slippage and force players to adjust their cleats both prior to and during the game. 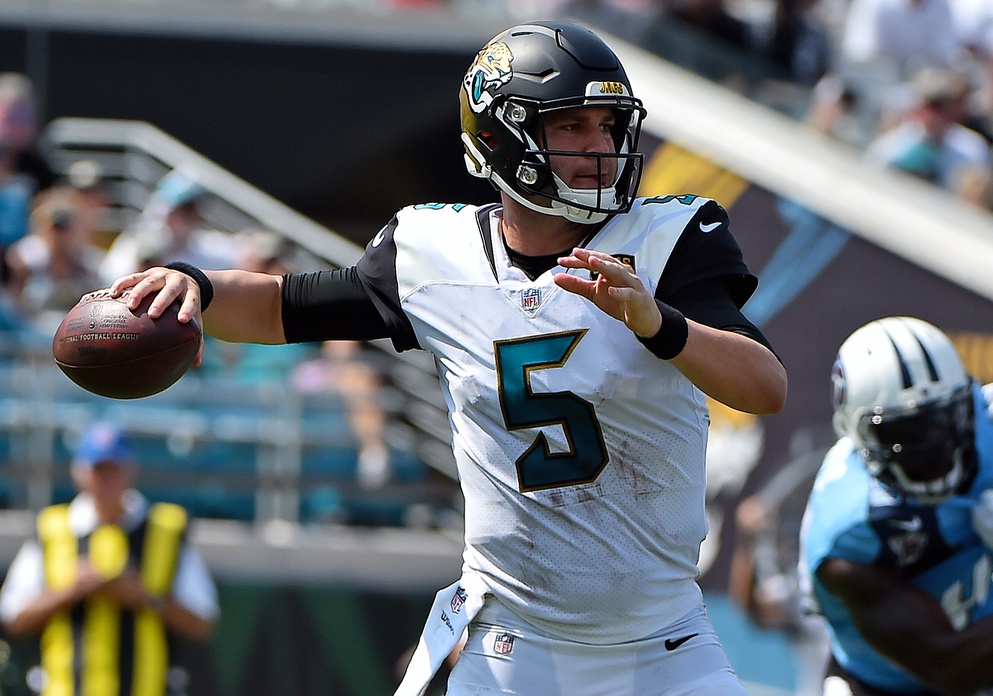 Back in 2015, the New York Jets brought both molded and hard-rubber cleats along with multiple sizes of both, with the intention of testing each out in the week leading up to the game and during the pregame as well at the famous football.

Over the last decade or so, the Ravens (2-0) have been a very difficult team to beat in weather-impacted games, both at home and away. According to the NFLWeather.com Historical Analytics, Baltimore is 8-1 in rain games since 2009 and 2-0 on the road. Much of the team’s success in damp conditions can be attributed to the fact that Mother Nature doesn’t seem to have a negative impact on the Ravens offense, averaging almost 28 points per game over that nine game span.

Spearheading that attack is quarterback Joe Flacco who despite poor weather conditions in the forecast, still averages 30 or more passing attempts per game and just over 230 ypg. Most impressively, he has a career 13-to-3 TD-to-INT ratio in the rain. In Flacco’s last few most recent games featuring precipitation, the veteran QB spreads the ball nicely but if he has to hone in on one target in particular, it’s traditionally been his tight end, Dennis Pitta. But with Pitta gone, the security blanket role falls on Benjamin Watson, Nick Boyle or Maxx Williams. With the TE situation being such a crap-shoot, the only real fantasy football guarantee in the passing game is that newcomer Jeremy Maclin will see the majority of targets for a wide out.

In the backfield with Danny Woodhead out, Terrance West and Javorious Allen will carry the work load for the Ravens. Neither is a very enticing fantasy play, but in Baltimore’s most recent rain game, the backfield collectively racked up over 150 rushing yards, averaging 6.3 yards a carry. Both will be heavily involved in alleviating the pressure off Flacco’s shoulders.

Jacksonville (1-1) hasn’t quite had the same success in crummy conditions as Baltimore has but the Jags are still a reasonably competitive team in weather related matchups. Since 2010 in rain games, the team is 2-2 with both losses occurring away from home.

Quarterback Blake Bortles has prepped for games like this, literally since the opening practice of camp this summer when a torrential downpour welcomed the Jaguars to the 2017 season. But practice aside, Bortles has very little NFL experience in rain games. If the Jags can’t establish a run game early, anchored by prized rookie Leonard Fournette, Baltimore could put this one out of reach early. Especially now that top wideout Allen Robinson is done for the remainder of the year. All eyes are on Marquise Lee and Allen Hurns to fill the gaping void.

Back in 2014 when Detroit and Atlanta played at Wembley, the grounds crew spent all of halftime fixing divots and collecting chunks of sod that had been ripped from the field… and that was with minimal rain. If a drizzle turns to a downpour on Sunday, this game has the potential to be the sloppiest and wettest one yet in the UK.