There’s no question that the two most deserving teams will go head-to-head in the AFC Championship on Sunday There’s also no question that both teams can hold their own in the freezing cold, as noted from last weekend's victories in the AFC Divisional round.

However, this weekend the temperatures plummet even more and the pressure is at full capacity when the Kansas City Chiefs host the New England Patriots. 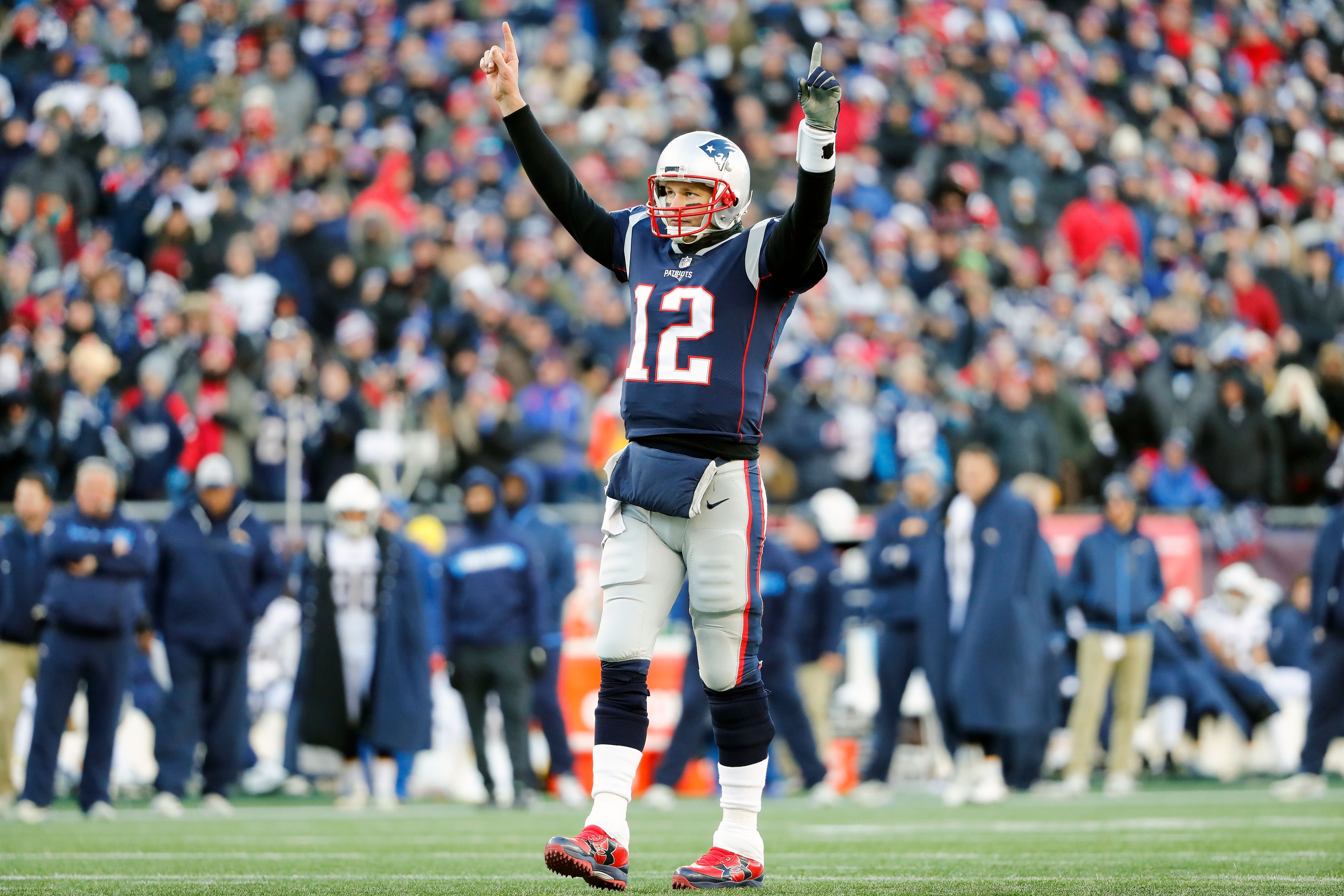 According to NFLWeather.com, one week after KC was covered with snow, it appears another blizzard is headed for the heart of the Midwest. The new storm will bring snow Friday and Saturday but the precipitation should be gone by Sunday, as of Wednesday. However, if snow doesn’t fall on Sunday then the storm should leave a trail of freezing single-digit temperatures. By game day, temps should be in the low-teens but feel like single-digits through the entire game and close to zero by the final whistle. The wind will be light, 3-5mph, but just strong enough to make the 6:40pm EST kickoff seem like the AFC Championship game is being played in Siberia.

Both the Pats and Chiefs have already played once before in Foxboro but this one is in arctic conditions and a trip to the Super Bowl is on the line. No pressure.

But one player who never seems to let the elements or pressure get to him is Tom Brady. Even when the Patriots downed the LA Chargers, 41-28 last weekend in frigid New England Tom Terrific still attempted 44 passes and completed 34 of them for 343 yards and a touchdown. Even in the cold, the season veteran clearly still has it and will be trusted, regardless of playing conditions.

Brady deserves much of the credit, but not all. As a team, even without Brady (rare occasion), the Patriots are practically unbeatable in the cold. According to NFLWeather.com Historical Analytics, New England is 20-3 since the 2010 regular season when the thermometer dips below 32. They’ve also won seven straight.

Many might assume that the Pats impressive cold game record is because of Brady, but the ground game has held it’s own. Even when it’s not just one stud in the backfield carrying the load. Sony Michel has emerged as the lead back and with crummy condition likely, Michel will see another 20+ carries which would grant him his fourth 20+ touch outing over the last eight games. Rex Burkhead has been averaging about six touches a game since week 15, earning him the backup role, while James White has been prolific in the passing game and didn’t even see a carry last week.

While the roles in the ground game have become more defined for New England the same can’t be said for the passing attack. Sure Julian Edelman is the top target but there’s no true #2 behind him once Josh Gordon went down with an injury. White saw a team-high 17 targets last week and while he’ll still see close to double-digits, 17 won’t be replicated. Tight end Rob Gronkowski hauled in his only target last week and hasn’t seen five or more targets since week 15. With a chance of snow likely, Gronk will need to be utilized more in the short passing game this week. That leaves Chris Hogan and Phillip Dorsett who both average about five targets per game over the last three weeks and one could be the difference maker in this game.

The Pats took the first meeting between these two juggernauts, 43-40, but it was that very game that proved to the doubters that Kansas City can hang with the best despite the loss.

If Patrick Mahomes remembers anything from that October showdown, he’ll remember his two costly turnovers. Mahomes might be young, but he’s not dumb and knows full well in order to get to the Super Bowl, turnovers won’t fly. The young gunslinger needs a near perfect performance against the NE defense, a performance that could put the feather in the hat of his MVP campaign. Even in the snow, Andy Reid trusted him to drop back well over 40 times so expect the same this week.

Mahomes is lucky to have arguably the league’s top WR-TE combo in Tyreek Hill and Travis Kelce. Last week, the snow had zero negative impact on either All-Pro and nothing will change this week (Hill saw 13 targets, Kielce saw 10). One wide out to keep tabs on is former first round pick Sammy Watkins, who’s only listed at $4,000 in daily fantasy this week. Watkins snagged six catches from eight targets last week and will only be involved more now that his injury is long gone.

But the strength of KC’s offense over the last few weeks has been the ground game. Spencer Ware is still listed as questionable, leaving Damien Williams as the starter once again. Over the last four games, Williams averages just under 15 carries a game and has produced two 100+ yard performances. Without Williams’ production, despite Mahomes’ success, KC could be in trouble without an established ground game against a franchise that’s no foreigner on the stage of a big game.

With two of the top offenses on the opposite sides of the field, this potential shootout could come down to kicking, which has been the common theme of the playoffs this season. Let it be known, KC’s Harrison Butker is 24/27 on field goals this season and 65/69 on extra points while NE’s Stephen Gostkowski is 27/32 on FGs and missed only one extra point this year. The cold makes kicking the ball much more difficult (ball won’t travel as far through the air) so no FG or extra point should be taken for granted. Just ask Chicago and Indianapolis fans.