Two fierce rivals will clash in the Chicago snow on Sunday night when the Minnesota Vikings visit the Bears with first place in the NFC North on the line. 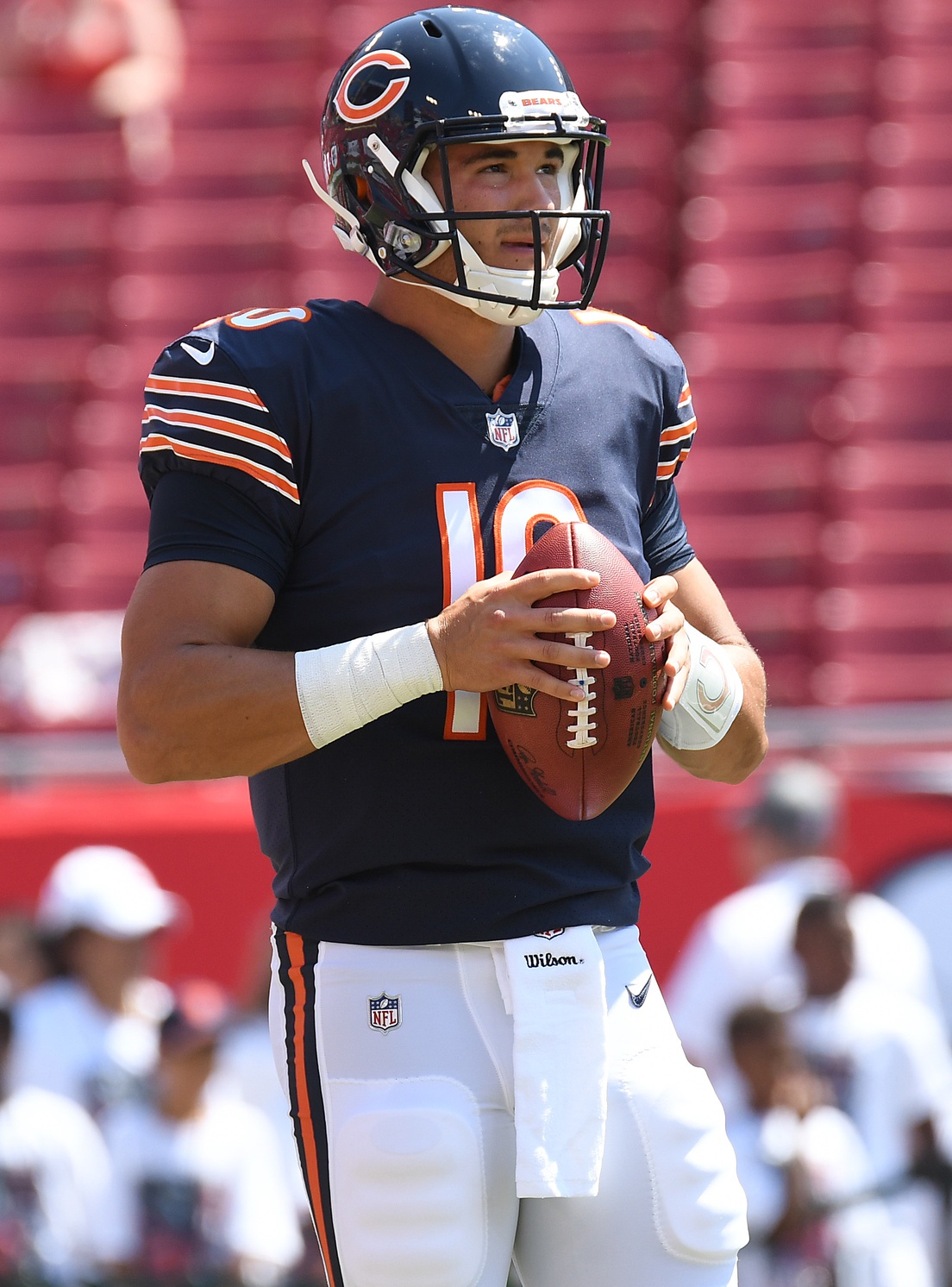 Heated rivals forced to do battle in the snow with so much to play for. Does it get any better than this?

I would say absolutely not unless your the idiot in the nosebleeds of Soldier Field who forgot to layer up.

According to NFLWeather.com, it will definitely be a cold one with the possibility of snow. Chicago is expecting precipitation Friday and Saturday and those familiar with the Windy City's unpredictable weather patterns know flurries in the forecast should never be counted out. Game time temperatures will be in the low-30's then dip into the 20's as the game unfolds. Wind shouldn't be too much of a factor, topping out around 10-12 mph, but as the east coast gets an unexpected warm break from the early winter, the midwest will be the polar opposite.

Despite being a cold weather team, the Minnesota Vikings (5-3-1) haven't played many recent games in the snow. In fact, the last snow game the Vikings competed in was a 21-13 loss to Chicago back in 2014. Since 2012, the Vikings are 0-2 in the snow with both losses coming at the hands (paws, excuse me) of the Bears.

If they have any intention of keeping pace with Chicago at the top of the division and overturning their recent lack of success in the snow, quarterback Kirk Cousins desperately needs to shine. Since week three, only twice has Cousins put up 20+ points in daily fantasy and with a healthy Chicago D featuring Kahlil Mack, Cousins could be in real trouble behind his sometimes shaky offensive line.

Pending Cousins has the time to drop back, thankfully he has two of the league's most dangerous threats to find downfield. Stefan Diggs and Adam Thielan are an electric pair and they'll be relied on heavily to help their veteran QB in the cold. Thielen typically dominates the targets but only saw seven targets each of the last three weeks whereas all season he's been targeted 10+ times per game. Diggs is the speedster who if the flurries turn to full-on blizzard, short passes and screens to Diggs could be the move.

Speaking of short passes, expect Dalvin Cook to finally be a threat in the passing and rushing attack. Cook was a "full-go" this week after only appearing in four games all season. Even with a healthy Cook, as the weather worsens the Vikings will turn to their more bruising back, Latavius Murray. Between Murray and Cook, if Minnesota can establish the ground game and alleviate the pressure off Cousins, the Vikings might just pull this thing out.

Like the Vikings, the Chicago Bears (6-3) have dueling options in the backfield as well. Jordan Howard demands the bulk of the carries while Tarik Cohen has emerged as a formidable threat in the passing game. At $4,300, even though Cohen is the more explosive play, Howard is extremely cheap and given the crummy conditions in Chicago Sunday night that Howard could have himself a big game.

Not only has Chicago had success in the ground game, but over the years the team has also done extremely well competing in the snow. According to NFLWeather.com Historical Analytics, the Bears are 4-1 in the snow since 2010 and have scored 20 or more points in all four of their frigid wins.

While the team has had tremendous success and experience in the snow, quarterback Mitchell Trubisky is a newbie. Since week four, Trubisky has only tossed four interceptions and if the young gunslinger wants to keep his team's momentum going, avoiding turnover against Minnesota's solid defense is a must. Trubisky has been inconsistent at times so it will be interesting to see which Mitch shows up and if the snow has a major impact on the QB.

Trubisky doesn't have the best depth on his outsides, but they've certainly done the job. Veteran Allen Robinson is the top wideout with Taylor Gabriel and rookie Anthony Miller making significant offensive contributions. While Gabriel is fading from the mix, Miller has stepped up and has seen 26 targets over the last four weeks. Listed at $4,200 in DK this weekend, Miller could be the sleeper play of the day from this game.

Both teams, despite hating each other, are very similar. They both have stout defensive units, they both have high octane offenses and they both have a completely touchdown dependent tight end in Trey Burton and Kyle Rudolph (which is beyond frustrating from the fantasy owner perspective).

Both teams also have the opportunity to take control of the division as Green Bay continues to sink, something that's seemed unfathomable the last few years. This is a massive game, for both teams.