The final week of the regular season is here and there will be zero calm before the weekend storm.

Everything is on the line Sunday night in Nashville when the Tennessee Titans host the Indianapolis Colts with the winner earning an AFC wildcard spot in the playoffs. There won’t be an empty seat in the house inside Nissan Stadium which will make an electric atmosphere for this play-in game. The only problem, there’s a chance Winter Storm Eboni will also be in attendance. 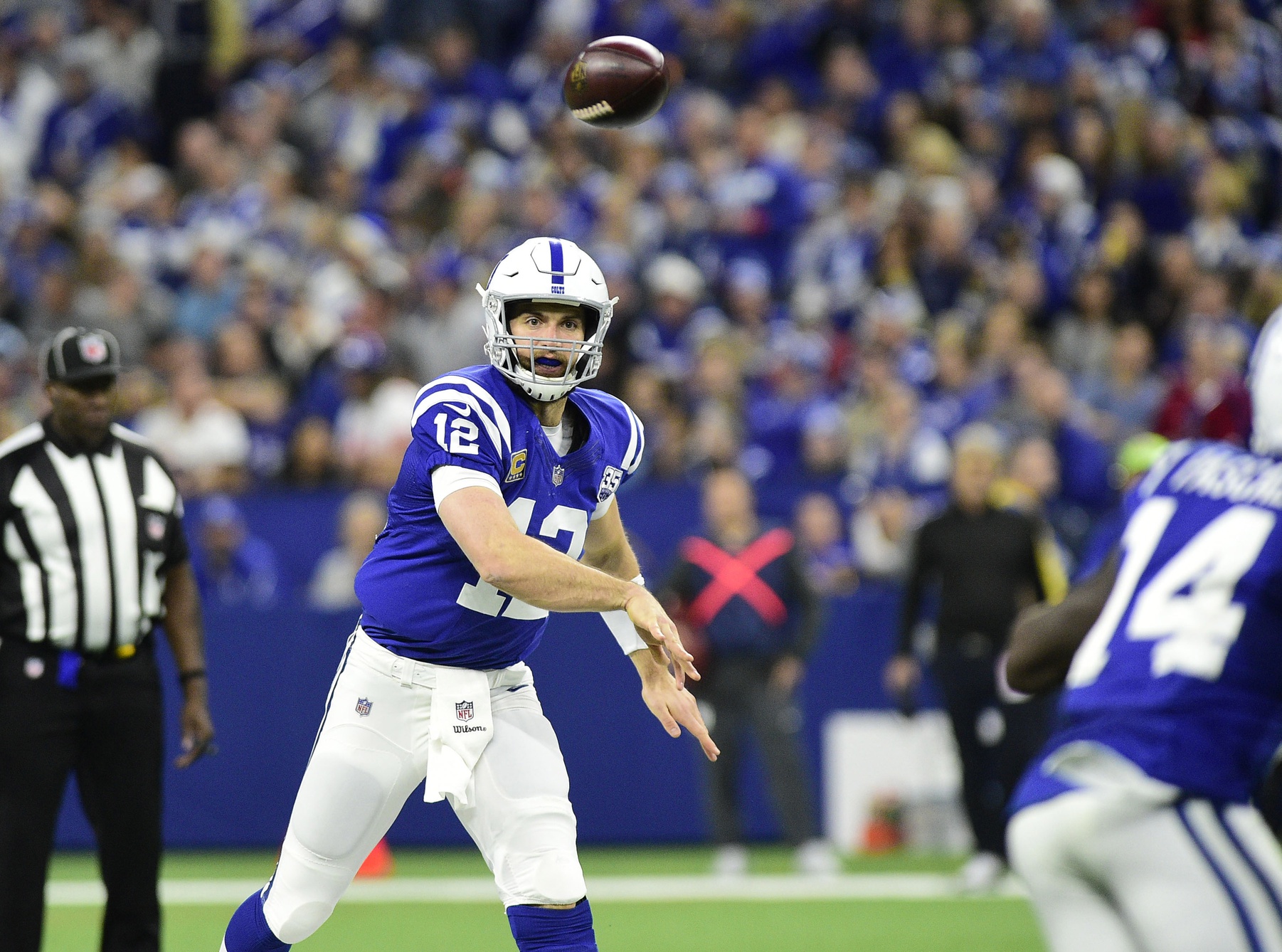 According to NFLWeather.com, overcast skies will turn to rain clouds late afternoon on Sunday, just in time for the 8:20pm EST kickoff. As the day goes on, the chance of precipitation only increases but with temperatures in the mid-40’s there’s little to no chance of the rain turning to snow. Over the last few days blizzards have blasted the midwest and even forced a college football bowl game in Texas to cancel. As of Thursday, Tennessee is bracing for heavy rain and whipping winds (as high as 45mph) which already prompted the cancelation of Friday’s Battle of the Bands prior to Saturday’s Music City Bowl. Long story short, this massive matchup is going to have some seriously bad weather.

Unfortunately for the Indianapolis Colts (9-6), bad weather, especially rain, is their kryptonite. The Colts are 0-5 in their last handful of rain games but only lost three of those by seven points or less. However, the team is heating up, having won three straight games and eight of their last nine to put themselves in a position to control their own destiny. They also have a quarterback who is < ahref="http://www.nflweather.com/en/searches/99198">10-0 against the hosts.

Maybe this is the week the team from the comfy confines of their indoor dome can finally win an outdoor game in crummy conditions. If they have any hope of pulling it off, they’re going to need a little “Luck”, literally and figuratively speaking.

Andrew Luck is back to full health and playing like this old self which isn’t good news for the Titans The former Stanford QB has the second-most touchdown passes in the league and has his offense rolling like it was during the Peyton Manning era. Despite Luck not having a ton of high profile weapons to work with, the intelligent gunslinger finds ways to win by simply making the smart decisions and not turning the ball over.

Luck’s lone big-name target, T.Y. Hilton, has been a stud all season. Hilton only hauled in six touchdowns this season but managed to rack up over 1,200+ yards in 2018. For a little guy, Hilton makes big time plays and will be called upon to do so this week. Rain or shine.

But a new weapon emerged over the course of the year at the tight end position for Indy. Eric Ebron has revitalized his career with the Colts and led the team in receiving TD’s with 12. He’s also been targeted 104 times this year, fourth most in the NFL. With rain a major factor on Sunday, Ebron will be force-fed the ball early and often in the passing game.

As for the Indianapolis rushing attack, Marlon Mack has taken control of the starting job and could see 20+ touches given the terrible playing conditions. Mack hasn’t been the most dynamic back in the league, but the youngster only fumbled once the entire year. If he can protect the rock in the rain, Indianapolis just might be able to stroll into the postseason with a shock win on the road.

The Tennessee Titans (9-6) may need to rely on the ground game a little more than the visitors. Quarterback Marcus Mariota left Sunday’s game with a shoulder stinger, forcing Blaine Gabbert into the game. As of Thursday, Mariota is still listed as questionable, which would leave the fate of the Titans playoff hopes in the hands of a former first-round bust. Not ideal.

If Mariota is healthy enough to play, thankfully for Tennessee fans the former Heisman Trophy winner won’t be phased by a little rain, having played his college ball in the soggy Pacific Northwest for Oregon. Bad weather is nothing new to Mariota, or the Titans who managed to shut out the New York Giants on the road this season with rain dripping down for most of the game.

According to the "NFLWeather.com Historical Analytics, the Titans are 2-2 in their last four rain games including 1-1 at home. It might not be the most impressive statistic, but at least they’ve been able to do something in the rain that Indianapolis can’t. Win.

One stat that makes the Titans a favorite heading into a damp Week 17 is that their stout defense has only surrendered 28 total touchdowns this season, fewest in the league. Tennessee also has the league’s most dominant running back in the month of December, Derrick Henry. The combination of a smothering defensive unit and a tough mudder in the backfield makes for an ideal foundation in a game with horrendous weather in the forecast.

In the month of December, Henry has found the end zone eight times and tallied 532 rushing yards, both a league’s best for backs in December. As Henry’s stock rises, Dion Lewis has faded into a third down back but still sees action in the passing game. Over the last five games, Lewis has averaged five catches per outing but only once during that stretch has he seen double digit carries. Rain shouldn’t diminish either players’ playing time with Henry set to see the bulk of carries and Lewis the go-to in the passing game.

The rain will dictate how Tennessee approaches the passing game, especially if Mariota is out. Unlike the Colts, the Titans do not have a solid security blanket at the tight end position. Both Delanie Walker and Jonnu Smith have landed on IR so it’s up to the unproven Luke Stocker to step up. Stocker has only seen four targets in three games, leaving him as a terrible option to play in daily fantasy.

At the wide out position, Corey Davis is the number one wide out but statistically you would never know. With only four TD receptions this season and 843 total yards, Davis desperately needs to shine in the spotlight and what better a day to do it then Sunday’s do-or-die heavyweight bout. Behind him, Tajae Sharpe and Taywan Taylor are on the depth chart but neither WR has stepped up as a solid number two. This week is the perfect week for one wideout to finally make a name for himself.

It’s clear both teams have glaring strengths and weaknesses but in a win or go home game in the rain it’s all about who can make the least amount of mistakes. An entire NFL season has come down to one game, and it could be one simple mistake that ruins an entire body of work that was earned over four grueling months.

Let’s just hope this mud bowl in Nashville is a classic, and not an ugly mess like the weather certainly will be.