Wasington D.C. Mayor Muriel Bowser has already declared a state of emergency regarding the impending arrival of Hurricane Florence, the first major storm of the year which is likely destined for the Chesapeake this weekend. Despite the inevitable arrival of the hurricane, the NFL has yet to move the Washington Redskins and Indianapolis Colts game to a different time or location. 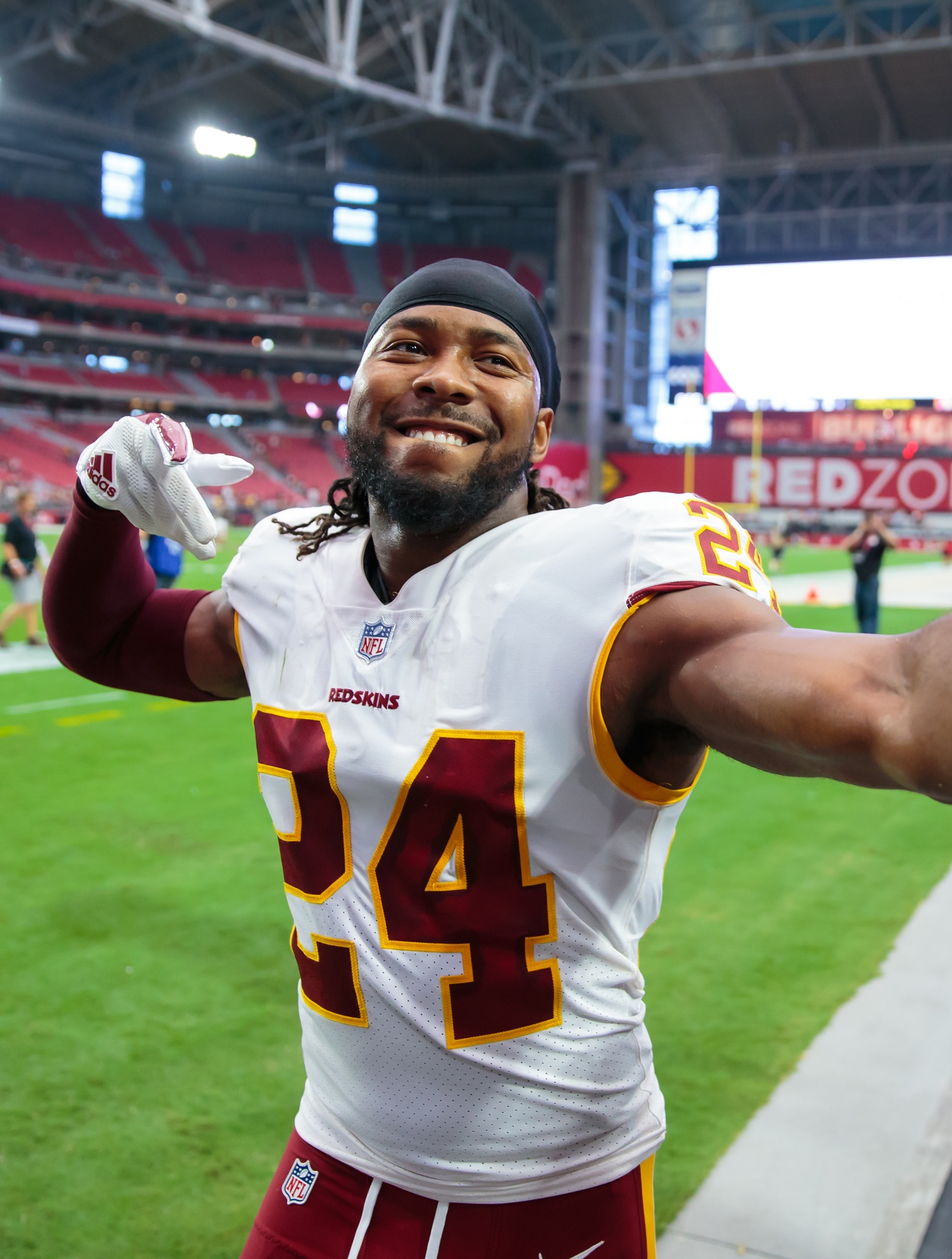 The game is currently set for Sunday at 1pm inside FedEx Field in Landover, Maryland. However, the league is considering contingency plans but zero information has been released. As of Wednesday, three NCAA top-25 teams’ have cancelled games while a number of other college games have been moved to an entirely different location or date/time to avoid the powerful storm with landfall expected Friday.

Catastrophic wind, rain and flash flooding are expected to hit the Carolinas and crawl up the coast this weekend, complements of the Category 4 Hurricane which is still lingering off the East Coast.

According to NFLWeather.com, the forecast currently says mostly cloudy with overcast skies throughout the afternoon but that will be a best case scenario. The closer we get to kickoff, the closer the storm is getting to the Carolina’s, Georgia, Virginia and the Chesapeake. Keep an eye on the NFLW forecast because East Coast weather will be changing dramatically and drastically over the next few days. As the weather worsens in the greater D.C. area, anticipate torrential rain and raging wind for Sunday’s non-conference bout (if the league doesn’t move it).

Rain has not led to many favorable results in recent years for the Washington Redskins (1-0). Since 2009, the ‘Skins are 3-6 in rain games and 0-3 at home during that span Perhaps an experienced veteran under center like Alex Smith, who has played in dozens of professional games in crummy conditions, can reverse the curse in D.C.

When asked by reports about how to handle the rain, Smith simply said, “ball security and ball handling are a premium. Fundamentals and attention to detail are a premium when playing in bad weather.” Smith is certainly one to know about ball security given the former first overall pick has only turned the ball over five times in his last seven games impacted by poor weather.

Given how well Washington ran the ball last week at Arizona (24-6 victory) the team might not even need to rely on Smith’s arm. The ‘Skins only averaged 90.5 rushing yards per game a year ago but managed to roll through the Cardinals’ defense for a league-best 182 rushing yards. Newly acquired veteran RB Adrian Peterson torched Arizona for 96 yards on 26 carries and a touchdown. AP even tacked on 70 yards receiving, showing us signs of the AP of old but he wasn’t alone. Chris Thompson averaged 13 yards a carry from only five touches but Thompson tacked on a TD and 63 receiving yards. This two headed monster in the backfield is what Indy should fear most, especially in a mud bowl.

Like the ‘Skins, the Indianapolis Colts (0-1) are pretty poor in rain games. According to the NFLWeather.com Historical Analytics, the Colts are 0-3 in the rain since 2014 including a 23-16 loss to Baltimore last season followed the very next week by the famous Blizzard Bowl in Buffalo which the Colts lost as well. Even though Indy plays it’s home games in a dome, it’s time to adapt to the conditions and finally win one in the rain.

But there is hope. Finally, the Colts have a healthy Andrew Luck back at quarterback who nearly beat the Panthers in a rain game in 2015 until Indy fell in overtime. Against Carolina, Luck still dropped back 47 times so it’s clear rain won’t deter the gunslinger from dropping back. Heavy winds, however, could alter the passing game plan of attack all together.

If winds do pick up, the Colts are hopeful running back Marlon Mack will be healthy enough to suit up. Mack missed the 34-23 loss to Cincinnati last week and in his place was Jordan Wilkins who had an incredibly ineffective 40 yards from 14 carries performance. Given, the team was without star left tackle Anthony Castonzo (also protects Luck’s blindside) who hopefully will be good to go for week two.

If Sunday rolls around and the league hasn’t moved the game to a different time/location, assume Hurricane Florence will completely disrupt both sides’ passing games. That said, it appears the ‘Skins have the edge both defensively and in the ground game. But just because the Colts haven’t won in the rain in a few years doesn't mean they can’t handle both the natural elements and the home team. If it comes down to a field goal, don’t forget Indy has the most clutch kicker in the history of the league in Adam Vinatieri.