Nothing has been able to simmer down a piping hot Los Angeles Rams offense this season but a cold front in the Rocky Mountains could be just the thing that can cool down the league's most sizzling offense.

As Hurricane Michael heads towards the East Coast, the midwest is in full-fall mode but apparently Denver is skipping straight to winter. Only six weeks into the 2018 campaign and snow is already in the NFL forecast when the Denver Broncos host the undefeated Rams on Sunday at 4:05 EST.

According to NFLWeather.com, a 90% chance of precipitation is expected and with the temperature come kickoff lingering in the mid-to-high 20's, the first snow of the season is very much a possibility. As of Thursday, about 2-4 inches is anticipated at Broncos Stadium at Mile High Wind shouldn't be much of a factor, maxing out around 8-10 mph, but a slick grass surface is very likely even if the snow doesn't stick after the pregame tarp is removed.

Los Angeles (5-0) hasn't played in a snow game in years but the Rams are definitely a team built to play in poor weather which is surprising for a side that plays in sunny LA. The Rams foundation is built around, arguably, the best defensive front seven in the league, making rushing the football against LA extremely difficult and forcing the opposition to use additional blockers for pass protection against the Rams' merciless pass rush.

But, the offense is equally as ideal a group to compete in crummy conditions. Even though the Rams have been recently getting plenty of praise for their passing game, it'll be the solid rushing attack that works so well in the snow. While the team averages over 131 rushing yards per game (7th in NFL), top dog Todd Gurley handles the bulk of that work. Gurley averages over 20 touches a game but the more the snow falls, the more Gurley will get handed the rock. However, the worse the weather gets, the more likely Gurley will be involved in the passing game as well.

Leading that aerial assault is quarterback Jared Goff, heading into his first career NFL snow game, who seems to improve every week. Goff already mentioned how it's the wind, not the snow, that bothers him the most during a game but even if he has no issue with his release, he'll desperately need to avoid losing control turning the ball over which has been the lone criticism of his performances this season.

If the forecast features flurries and the passing game is available, there's a chance Goff still might struggle if he'll be without his top targets. Receivers Brandin Cooks and Cooper Kupp were non-participants in practice midweek after a concussion last week, leaving Robert Woods and Josh Reynolds as the potential primary receiving threats. Reynolds could be a sneaky daily fantasy play, listed at only $3,900. 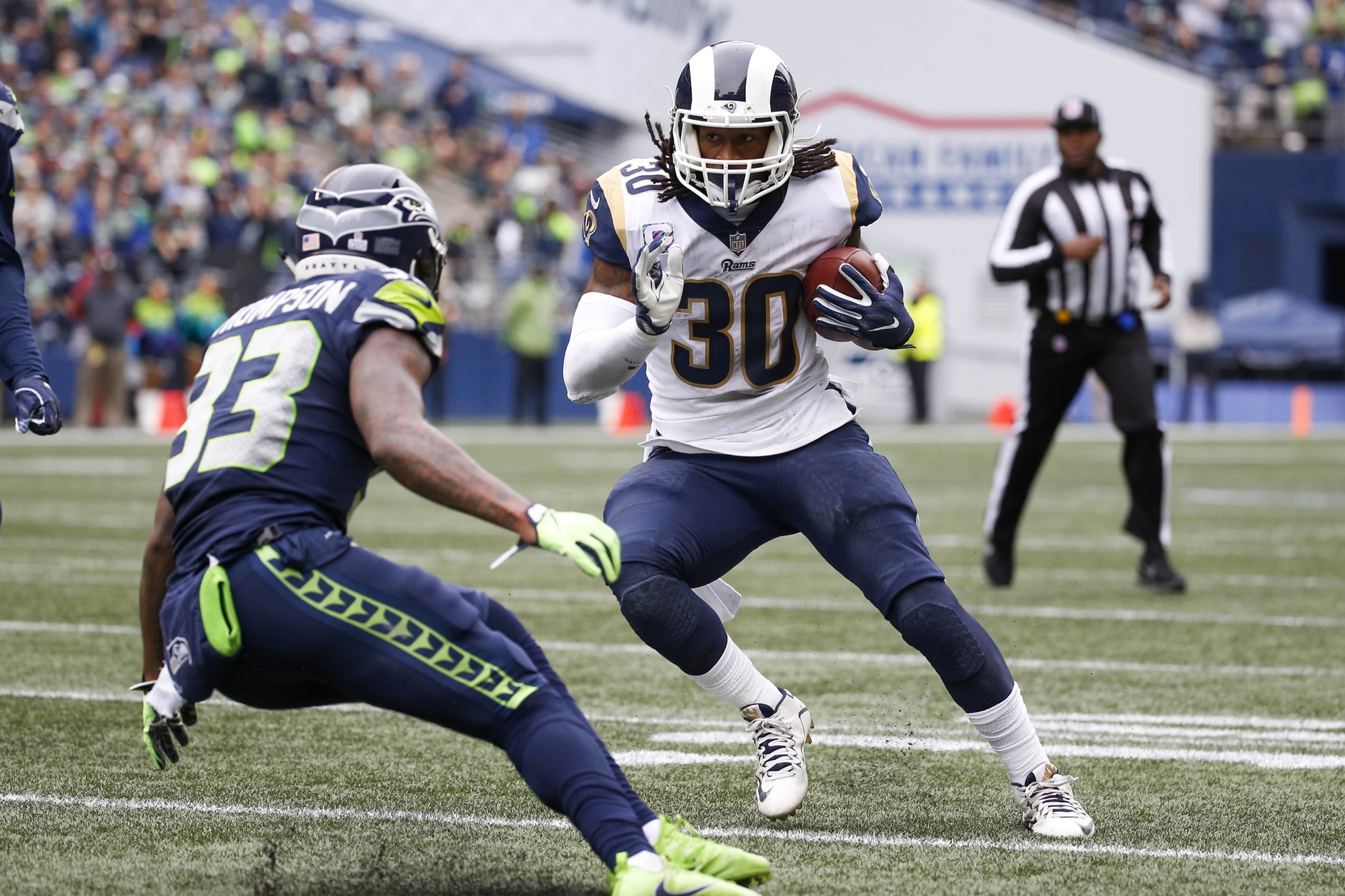 While the Rams offense has flourished and thrived this season, the Denver Broncos (2-3) desperately need the natural elements to help slow down the visitors attack so the hosts can control possession on offense as much as possible. The best chance Denver has of downing an unbeaten LA team is keeping Goff and Gurley off the field, plain and simple.

However, the Broncos do have success in the snow at home in big games. According to the NFLWeather.com Historical Analytics, Denver's last snowy Mile High win was a 30-24 overtime thriller over New England in 2015. By the way, that dealt the Patriots their first loss of the season. Sounds like a familiar opportunity is in front of Denver this week.

What the Broncos will have to do well in the snow if they want to pull off this massive upset is do the one thing they've been able to do well this season, run the football. The team is third in the league in rushing, averaging 137 mpg, with Phillip Lindsay featuring as the lead back who's seen double digits carries in four of five games this season.

Despite the team's rushing success, the Broncos ground game unfortunately hasn't quite opened up the passing attack. That being said, Denver can't rely on Case Keenum to win this one for them, battling both the Rams staunch defense and a frigid Mother Nature. If Keenum's ineffective, sadly for fantasy owners expect star wideouts Emmanuel Sanders and Demeryius Thomas to have frustrating afternoons.

Both the Rams and Broncos boast two of the NFL's most dynamic rushing attacks and both will be on full display, especially as the snow falls more and more. If this game was in Los Angeles, nobody would give Denver a chance but the Rams have only played one game this season outside of the state of California. With snow in the forecast, the Rams players will very much be out of their comfort zones.