Weeks ago, it appeared as though the reigning Super Bowl champion Philadelphia Eagles were going to be frozen out of the playoffs following a cold spell during the regular season.

Now, the one thing frozen for the red-hot Eagles trip to Chicago to take on the Bears Wildcard weekend might be Lake Michigan, if at all. After cold fronts moved through the Midwest and Northeast during December, January looks much more mild. At least for the first round of the NFL Playoffs. 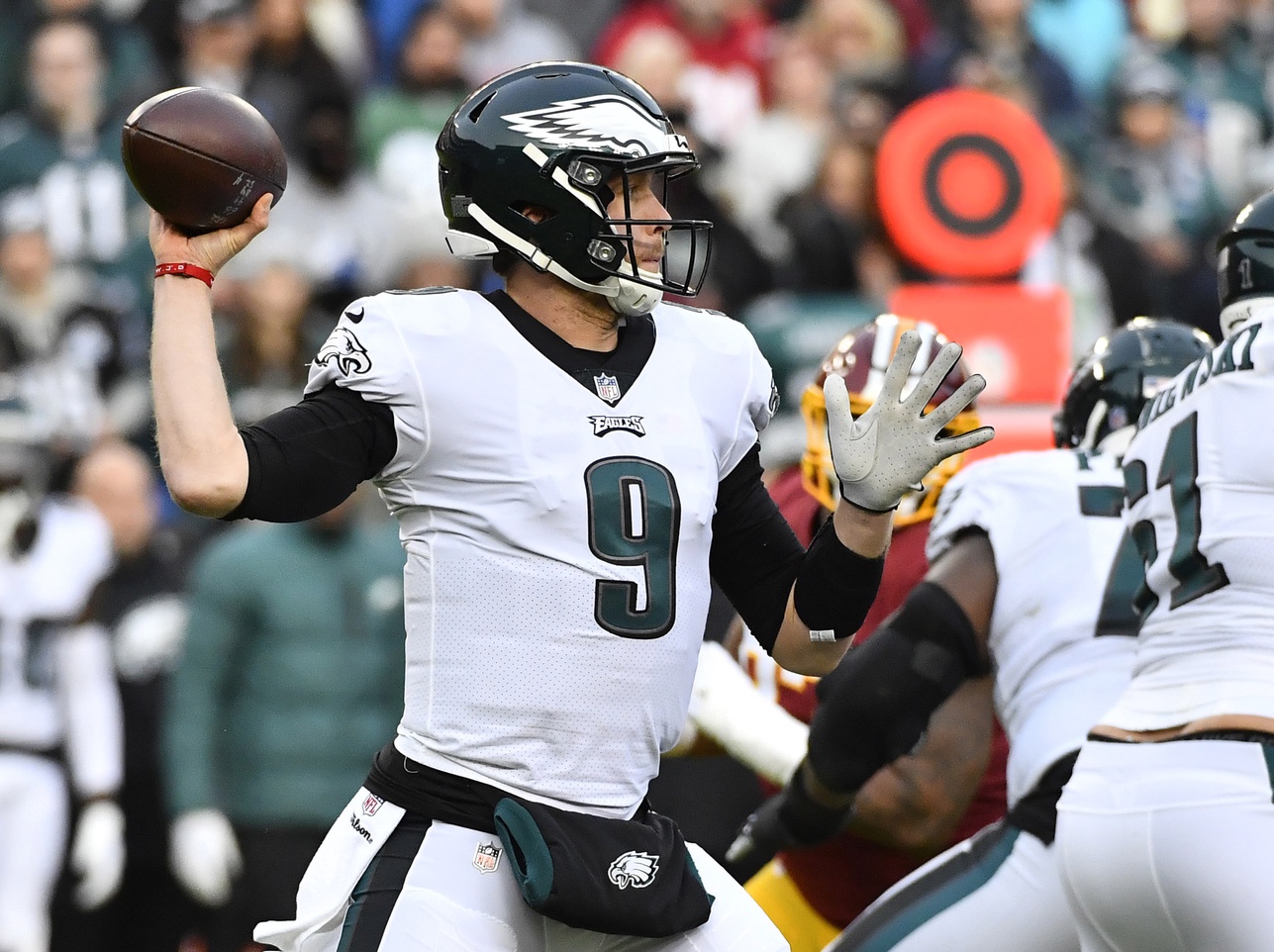 According to NFLWeather.com, despite rain rolling into Chicago on Monday, conditions will be mild for the 4:40pm EST Sunday matchup with pregame tailgating temperatures in the low-40’s but once the sun goes down, temperatures will plummet into the 30’s and feel about 10 degrees colder with the wind chill. Come kickoff, temps will be in the high-30’s but will feel below freezing so the second half rolls around, freezing conditions are expected (as of Friday). Wind inside Soldier Field will be in the 10-13mph range but Chicagoans know that the weather can change in the drop of a hat.

Neither the Bears nor Eagles are foreigners to frozen playing conditions. Philadelphia beat the Atlanta Falcons 15-10 last postseason in freezing temperatures and Chicago is already 2-0 this season when the thermometer dips below 32 degrees. A little cold in the air likely won’t negatively impact this heavyweight bout, which is wonderful news for a playoff battle that pairs the league’s highest-rated quarterback against the league’s most punishing defense. This playoff game could be another one for the ages, given the last and only time the Bears beat the Eagles in a playoff game was the 1988 Fog Bowl. Even though fog isn’t in the forecast this time around, fans should expect to witness another classic.

Not much has phased the Chicago Bears (12-4) this season and this weekend’s weather will be no different. However, in the month of January when freezing temps are prevalent, the Bears are only 1-3 since 2011. But not all is bad for the Bears in the cold. Since 2010, Chicago is 10-9 in freezing conditions including 7-5 at home.

When unfavorable conditions are in the forecast, what’s better to have than a stout defense? Well, Da Bears have that and more. Chicago ranks first in points allowed per game (17.7), rushing yards allowed (80 ypg) and takeaways (36). Oh, they’re also third in sacks and sixth in forced fumbles.

But the Bears are more than that, they also have a solid ground and pound rushing attack. Jordan Howard is the lead back who despite finishing the season just shy of 1,00o yards rushing (935 total), the former Big Ten back racked up the sixth-most carries in the league with 250. Fellow RB, Tarik Cohen, saw his fair share of handoffs this season but Cohen is far more valuable in the passing game. He even led the team in receptions with 71 and was second on the team in receiving yards. Whether or not the wind picks up or precipitation makes an appearance, Howard will see a ton of carries and Cohen will be a force in the short passing game.

Even the Bears quarterback made his presence felt in the ground game. Only five more QB’s in the NFL had more rushing attempts than Mitchell Trubisky and the former UNC Tar Heel will likely have some designed rushing plays for him in Sunday’s game plan. Not that Trubisky wasn’t a solid passer (threw for over 3,200 yards and had a 24:12 TD-to-INT ratio), but as the weather worsens, Trubisky’s ability to run outside the tackles could be the X-factor Chicago needs to put an end to Philly’s repeat run.

It should also be noted that while Trubisky excelled both on the ground and through the air this year, he’s done it without a genuine number one wideout, which makes the young gunslinger’s 2018 campaign look even more impressive. Behind Cohen in receptions were veterans Taylor Gabriel (67) and Allen Robinson (55), neither of whom stole the show in a single game this season. But tight end Trey Burton was a decent reliable go-to for Trubisky, despite only averaging just under five targets a game. Cohen and Burton will likely continue to be the most called upon options in the passing attack, especially with weather a potential factor.

Unlike Chicago, the Philadelphia Eagles had one stud in the passing game who hauled in well over 100 receptions this season. Tight end Zach Ertz not only snagged 116 receptions for 1,163 yards, but was the most targeted tight end in the league with 9.8 targets per game. If having to cover Ertz isn’t enough, Philly still has Alshon Jefferey, Nelson Agholor and Golden Tate in it’s arsenal. With no shortage of options, the Eagles might be the one team this season to find seams in the Chicago secondary.

In order to make that happen, Super Bowl winning QB Nick Foles needs to shine under cloudy skies and immense pressure, which didn’t seem to be a problem for him one year ago. Fast forward to now, Foles is back in the driver seat for a sidelined Carson Wentz and since taking the offensive reins Foles leads the league in completion percentage (77%). Let’s not forget, he’s pulled the great escape and got Philly into the postseason by finishing the season 3-0 as a starter and passing for 962 yards over the last three games which is tops in the entire NFL. Last postseason, Foles had a 6:1 TD-to-INT ratio, a 71.9% completion, and it’s hard to see those numbers fluctuating negatively unless the weather or Chicago front seven shakes him up.

While the Birds’ passing game looks in full strength, the rushing attack is anything but. Once Jay Ajayi went down, a clear cut starter never stood out from the rest of the pack. Wendell Smallwood was the official Week 17 starter but Josh Adams has been the most efficient. Adams finished the season with the most carries on the team (120) and will likely carry the load Sunday. But the wildcard in the Philly backfield could be veteran speedster Darren Sproles who despite only tallying 16 carries and five receptions over the last few weeks, he has the ability to be the difference maker in a single play. In a game featuring the NFL’s best defense, all it might take is one play.

The last few Super Bowl champions proved that the old cliche ‘defense wins championships’ isn’t always correct. But the Bears have the defensive foundation that’s delivered an NFC North title this season and possibly more. The road ahead will be a long and frigid one if Da Bears want to bring the Lombardi Trophy to Chicago. The first step, downing the former champs who happen to have the hottest QB in the league.

Can the best D in the league stop the QB who stormed through the playoffs last season and this time around snuck the Eagles into the postseason? Philly is heating up at the right time and the crummy conditions won’t slow them down. Let’s see if Khalil Mack and company can.